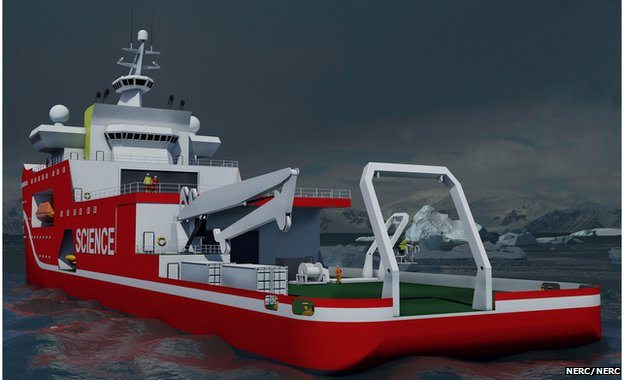 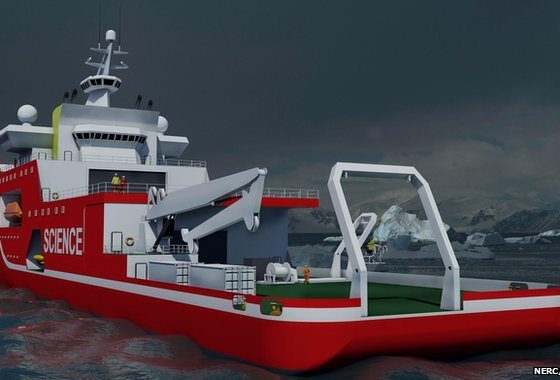 The British government has announced that it will invest £200m in one of the most advanced polar research vessels ever made to support scientists in both the Antarctic and the Arctic.

According to initial designs, the icebreaker will be 130m long and will feature a helipad, onboard laboratories and will be able to deploy aerial robots and submarines.

With its strengthened hull, it will be able to push deeper into the icepacks than any other British ship.

It will also be able to operate self-sufficiently for up to 80 days, with room for 60 scientists and support staff.

The UK currently owns two polar ships – the Royal Research Ship (RRS) James Clark Ross and the RRS Ernest Shackleton. However, experts warned that the fleet needed to be modernised to allow British scientists to keep pace with their international colleagues.

“The new ship will be a clear statement of the UK’s commitment to science in the Antarctic and South Atlantic, and increases our ice-breaking capability in the south and, just as important, in the Arctic,” he added.

The funding will come from the government’s capital investment fund for science, to which the Chancellor George Osborne has committed £1.1bn a year in real terms until 2020-2021.

Announcing the investment on Friday, Osborne said, “One of the final frontiers in the world where there is still much discovery to be done are the polar oceans. Britain must continue to have a presence in these parts of the world.

“The research we do there will allow us to better understand the changes in our climate. That is crucially important.”

The vessel is expected to be operational by 2019.