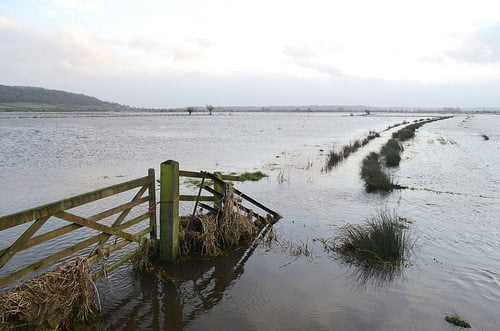 Incidents of extreme flooding strengthen Britons’ belief in climate change, while warnings over rising temperatures fail to resonate, a new study has found.

The paper, published in the journal Risk Analysis, suggests that the British public will only respond to climate change predictions if they focus on impacts such as changing rainfall patterns and rising sea levels, rather than just heat.

This is because a survey found that most British people feel that flooding and coastal erosion has become more common in their lifetimes, while heatwaves have become less common.

This contradicts research carried out elsewhere in the world, the team say, where it was found that increasing temperatures led to more climate change believers.

“Within the survey, we asked for questions to be added regarding perceived changes in the weather because previous research, based in the US, examined the relationship between hot weather and beliefs about climate change,” said study author Andrea Taylor of the University of Leeds.

“We thought this was important because there are areas of the globe that has much more temperate and moderate climates.

“We felt it was important to look at the relationship between other types of weather events and the beliefs about climate change because, of course, heat-related impacts are not the only impact projected to affect people.”

The survey’s findings may have big implications for those trying to communicate climate science to the British public.

Taylor explains, “Our findings suggest that if heat-related events and heat-related impacts are the primary focus of communications then they may illicit less concern than might be the case if other potential impacts were also included.”

Significantly, the survey was conducted in early 2013, long before the winter floods of late 2013 and early 2014. Prolonged storms and heavy rainfall battered many parts of the UK from the Christmas period and into February, with many areas heavily flooded for weeks or even months during the wettest British winter since records began.

Earlier this month, researchers from the Met Office and Newcastle University warned that summer downpours and flash floods are likely to become more frequent across much of the UK because of climate change.

Meanwhile, though the British public may not expect it, the Met Office has forecast that there is a one in four chance that this summer will be the hottest on record.