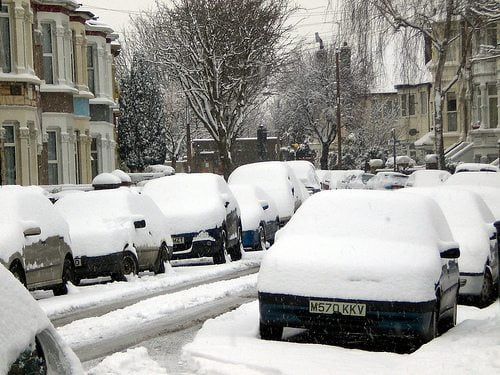 Surveying seasonal records dating back to 1899, experts from the Met Office, the University of East Anglia (UEA) and the University of Sheffield found that seven of the 10 most extreme winters came in the last decade.

“If this trend continues, we can expect more volatile UK winter weather in decades to come,” said Prof Phil Jones of the UEA’s Climatic Research Unit.

This is a consequence of changing weather patterns over the North Atlantic, the researchers explain.

When westerly winds are strong, Britain gets mild, wet winters. When they are weaker Britain gets cold, snowy winters.

The researchers stress it is not yet possible to tell if the changes to the NAO are a result of climate change, but calculate there is only a 0.04% probability that so many extreme years could occur in quick succession by chance.

“We cannot use these results directly to predict this winter’s weather but according to the long-term NAO trend we can say that the probability of getting extreme winter weather – either mild and stormy or cold and snowy – has significantly increased in the last few decades,” said Prof Edward Hanna, of the University of Sheffield.

“Further research is needed to show whether or not this increased volatility is linked to global warming,” he added.

While experts are hesitant to link our warmer winters to climate change, recent research has suggested that rising global temperatures are responsible for an increased flood risk across the UK.

In May, one Oxford University project concluded that manmade global warming has increased the risk of extreme rainfall in southern England and Wales by about 20-25%.

Another study suggested that economic losses caused by flooding in Europe could increase four-fold by 2050, as the growing likelihood of extreme weather puts more properties and businesses at risk.