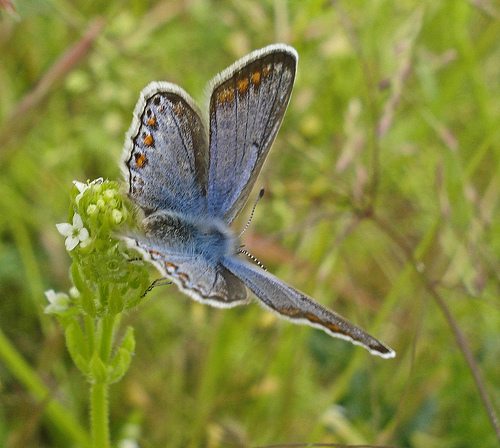 Butterflies in the UK have benefitted from last year’s warm summer and grew in numbers, after experiencing the worst year on record in 2012. However, conservationists said that the numbers are still too low.

Butterfly Conservation revealed that 46 out of 56 species registered an increase in 2013, especially due to the warm summer, which compensated for the astonishing decline seen in 2012 – the worst year since observations began.

Data shown in the UK Butterfly Monitoring Scheme (UKBMS) says that some species, such as the Lulworth Skipper and the High Brown Fritillary prospered by up to 130% compared to 2012.

However, conservationists have said that despite improvements, the number of butterflies is still below average. Butterflies are extremely sensitive to the weather and after recent events, many became locally extinct, while others will need a warm spring and summer this year to recover.

Dr Tom Brereton, head of monitoring at Butterfly Conservation, said, “The recovery of butterflies in 2013 was highly welcome but there is still a long way to go before butterflies return to former glories.

“Our ongoing monitoring efforts will be vital in assessing whether we are on track to reverse butterfly declines and rebuild a healthy countryside.”

More than 70% of Britain’s species are experiencing long-term decline for reasons other than the weather, such as intensive farming, pollution and climate change.

Brereton added, “The majority of warmth-loving butterflies should be benefiting from climate change because in Britain they are at the northern edge of their range but that’s outweighed by the negative effects of habitat loss and fragmentation.”