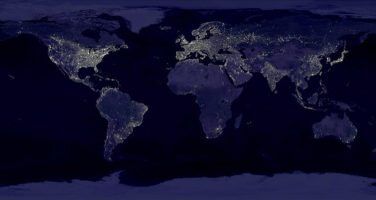 Call From Investors For The G20 Nations To Ratify Paris Agreement

A group of 130 investors with around $13 Trillion AUM from a group of 6 organisations have written to the G20 heads encouraging them to ratify the Paris Climate Agreement as leaders of the world’s largest economies prepare to attend the upcoming G20 meeting in Hangzhou, China.

The group are calling on G20 nations to double their investment in clean energy, tighten up climate disclosure mandates, develop carbon pricing and phase out fossil fuel subsidies.

“The Paris Agreement provides a clear signal to investors that the transition to the low-carbon, clean energy economy is inevitable and already underway. Governments must ratify the Paris agreement swiftly and have a responsibility to implement policies that drive better disclosure of climate risk, curb fossil fuel subsidies and put in place strong pricing signals sufficient to catalyse the significant private sector investment in low carbon solutions required to realise the agreement’s goals.“

Investors also call on the G20 leaders to prioritise rule-making by national financial regulators to require disclosure of ‘material’ climate risks. Commenting on this Mindy Lubber, President of the US NGO Ceres and Director of the Investor Network on Climate Risk (INCR), said: “Financial regulators, like the SEC, should step up attention to improve the quality of corporate climate disclosures, which are broadly lagging when considering wide-ranging and escalating climate risks. Improving the quality of climate-related financial disclosure, and aligning it between different jurisdictions, is vital to spurring broad capital market action on this issue. Our organisations are fully engaged with the Financial Stability Board’s Task Force on Climate-related Financial Disclosure (TCFD). We applaud this initiative and encourage G20 nations to consider the TCFD’s forthcoming recommendations as inputs to their national disclosure rules.”

Investors urge the G20 to support a doubling of global investment in clean energy by 2020, as called for by the UN Secretary-General (2) in January 2016. Speaking about this Emma Herd, CEO of the Investor Group on Climate Change (IGCC) said: “While the private sector can provide much of this vital investment, policy signals must also support climate goals in the clearest possible manner. Maintaining strong growth in clean energy investment is key to tackling climate change. We strongly encourage G20 nations to ratify Paris and help drive trillions of dollars into new clean energy investment opportunities.”

The letter also welcomes the work of the G20 Green Finance Study Group, which aims to enhance the contribution of institutional investors to the greening of mainstream financial flows.

“Investors signing this letter understand that the study group’s conclusions will be presented at the G20 Leaders’ Summit in 2016. We therefore ask for the green finance agenda to be taken forward by the German and other future G20 presidencies. In order for green financing to reach its potential, the G20 must encourage the public and private sectors to work more closely together on issues such as stronger environmental protection and implementation of regulation.”

Incentives and policy frameworks must also be in place so that private capital flows more freely into green investments.

“Investors also highlight the recommendations made to world leaders a year ago in the 2015 Global Investor Statement on Climate Change (3) and renew their calls for the G20 to support both the development of carbon pricing and the prompt phase-out of fossil fuel subsidies.”

Finally, investors also use the letter to urge the G20 to both prioritise implementation of their nationally determined contributions and to prepare to strengthen them with the goal of ensuring all G20 nations meet their commitments and raise their climate ambition during 2018 to achieve the Paris Agreement’s goals.