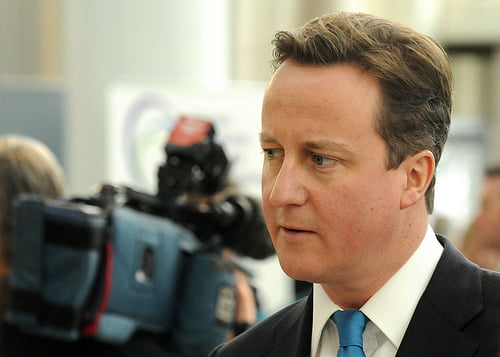 David Cameron is set to answer questions on the government’s environmental credentials at 4pm this afternoon, when he faces the House of Commons liaison committee.

The committee – an alliance of all 32 chairs of the various select committees – will quiz the prime minister on whether the coalition really is the “greenest government ever” – a claim that Cameron famously projected in the run-up to the General Election in 2010.

His appearance in front of MPs comes less than a week after George Osborne delivered his autumn statement, in which he lauded gas as the primary solution to Britain’s energy needs. This action – colloquially known as the chancellor’s ‘dash for gas’ – was deemed to be illegal in September by the government’s official climate advisers, the Committee on Climate Change.

It’s expected that Cameron will also be quizzed on his decision to appoint Owen Paterson and John Hayes – both notable critics of wind power – as environment secretary and energy minister respectively. Comments from Hayes in particular have significantly undermined the coalition’s renewable energy policies and create a backdrop of uncertainty for investors.

“David Cameron’s flagship policy to champion the environment is rapidly sinking – torpedoed by his own cabinet colleagues while he stands silently by”, said Friends of the Earth’s executive director Andy Atkins.

“Unless Mr Cameron takes urgent action his government will go down in history as one that wrecked a golden opportunity to safeguard our environment – and failed to capitalise on a growing green economy and generate new jobs and investment.”

In a speech at the Conservative Party Conference in October, Cameron opted to omit any mention of the environment and failed to commit the UK to leading a sustainable revolution.

His session in front of the liaison committee, which begins at 4pm, will be screened live here.