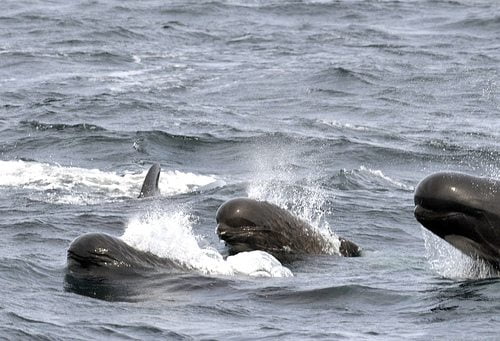 The Humane Society International (HSI) has called on the International Whaling Commission (IWC) to curb violations of the global moratorium on whaling, which campaigners fear is no longer sufficient to protect cetaceans.

Blue&Green Tomorrow is currently running a crowdfunder to ensure its survival. Please pledge.

The commission will gather in Slovenia on September 15, for the first time after the UN’s International Court of Justice (ICJ) ruled that the so-called scientific whaling that Japan was conducting in Antarctica was unlawful.

Campaigners hope to see ‘whale-friendly’ nations team up to ask for more protection for the animals and make sure that the 1982 moratorium is not watered down.

They also want the commission to take appropriate action to ensure that Japan does not find ways to resume whaling, by creating a new category of coastal whaling, while also opposing Greenland’s plans to expand aboriginal subsistence whaling.

HSI Vice President Kitty Block said, “This year we intend to press all of the nations whose citizens care about whales to exert strong leadership in halting the spread of new whaling proposals. We will challenge IWC Commissioners to adopt an agenda that extends beyond whaling to the broader range of threats that imperil whales throughout our oceans.”

Another country that has been targeted by campaigners is Iceland, where commercial whaling was resumed in 2006, in addition to a ‘scientific program’ of research whaling.

A proposal to create a whale sanctuary in the South Atlantic and address other threats faced by cetaceans such marine litter and climate change, will also be put forward.

Recent figures revealed that Norway has killed a record 729 whales so far this year, the highest number since 1993, when whaling was resumed.