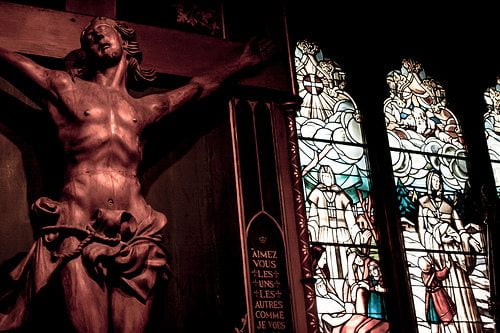 Catholic churches across the US have launched an initiative that will seek to uncover the role of religion in tackling manmade climate change and its wider implications.

Groups in Corona will gather to watch the film Melting Ice, Mending Creation: A Catholic Approach to Climate Change, and later discuss the need for action to protect the environment, which is considered one of God’s gift. They will also be shown a TED talk by James Balog, star of the award-winning documentary film Chasing Ice.

According to the Catholic Coalition on Climate Change, hundreds of institutions have hosted similar events across the US to stimulate discussion on climate issues.

They are invited to take the St Francis Pledge, named after the patron saint of, among other things, the environment, ecology and animals. This seems Catholics make a commitment to support those most in danger of climate change.

The pledge focuses on praying, learning and assessing how energy and resources are used, and advocating for changes in behaviour. In this way, the organisation says, Catholics can help “to reduce our carbon footprint, care for ‘the least of these… and raise our voice on behalf of Creation and the poor”.

Parishioner of one of the churches hosting an event, Rick Fochtman, told Press Enterprise, “The purpose of this is to bring awareness to this issue and shed light on the importance of climate change — but from a Catholic perspective.”

He added that although climate change often causes political tensions, it is first and foremost a moral issue, especially because of its projected effects on people in the developing world.

“My big goal for this is to simply start the conversation. If we get 100 people at this event and 50 go home and do research on their computer, we’ve scored a major victory”, he said.

In the UK, Christian charity Operation Noah launched a campaign in September calling on churches to divest from the fossil fuels companies whose greenhouse gas emissions are the primary driver for climate change, saying this was incompatible with their ethical values.