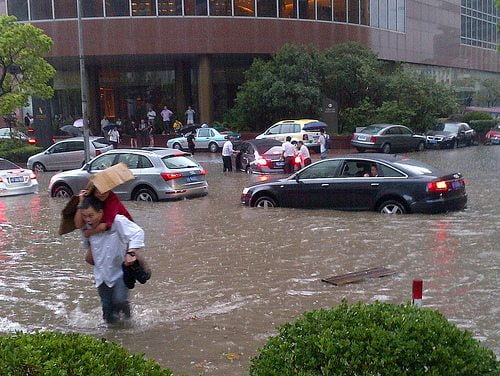 Natural disasters such as droughts, floods and earthquakes cost China economic losses of 421 billion yuan (£41 billion) in 2013, official data has revealed. This figure is almost double the total from the previous year, with the Chinese government claiming that climate change is partly responsible for the increase.

In December last year, a report by the National Development and Reform Commission – China’s economic planning agency – concluded that the country was inadequately prepared in the fight against the impacts of climate change.

The report, a blueprint laying out how the world’s most populous country can adapt to a changing climate and warmer average temperatures, calculated that the consequences of climate change have cost China more than 200 billion yuan (£20 billion) since 1990.

Over the same period, more than 2,000 Chinese citizens have died on average each year because of disasters such as typhoons, floods and droughts.

The commission also suggested that climate change meant that conditions are likely to get worse for many of China’s 1.3 billion citizens.

“In the future the rising trend of temperatures will become even more obvious, there will be even more unfavourable impacts, and if effective measures are not taken the losses from disasters caused by extreme weather will be even more serious”, the report said.

China is currently the world’s biggest carbon emitter, and has also been under pressure to decarbonise its economy because of the impacts of pollution on its citizens.

The country’s former health minister Chen Zhu recently estimated that air pollution accounts for up to 500,000 premature deaths in China each year. The capital Beijing is currently in a state of high alert amid the most recent smog crisis.

In an attempt to end the “airpocalypse” – as it has been dubbed – and curb China’s growing contribution to climate change, the government has embarked on the world’s largest ever renewable energy drive.

A WWF report published last week estimated that China could generate 80% of its electricity from renewable sources by 2050.