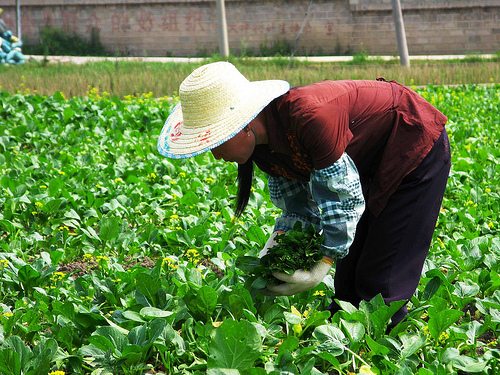 The Chinese government has revealed that 3.33m hectares of its land – an area nearly as large as Belgium – is too polluted to grow crops, meaning that the country might have to import more food to feed its growing population.

Vice-minister of land and resources Wang Shiyuan told the press that no planting will be allowed in certain areas to prevent toxic food from entering the supply chain.

High levels of cadmium, a metal harmful to liver and bones functionality, were found in rice grown in the Henan region, which hosts many heavy industries.

“In the past there have been news reports about cadmium-contaminated rice – these kinds of problems have already been strictly prohibited”, Wang said.

Intense industrial growth and the massive use of fertilisers in order to maximise agricultural outputs are among the most likely causes of the contamination.

Wang added that the government was determined to recover the land with a clean-up programme, but this would require time.

In the meantime, China will have to import rice, corn and other grains in order to feed its almost 1.4 billion population. The country imported 23m tonnes of grain in 2013 and some argue that this might put pressure on food security and water and land resources worldwide.

Land pollution is not the only environmental concern for the Asian giant. Water resources are becoming scarcer both because of weather events and because of usage by large coal-fired power stations. Many rivers are severely polluted by the industry, pesticides and fertilisers.