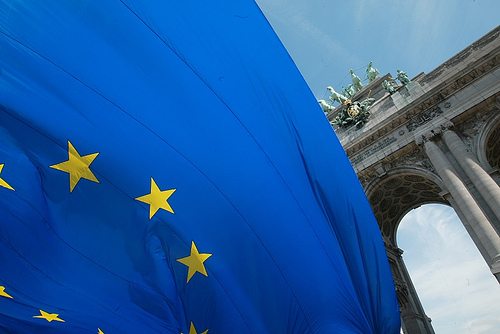 With the EU Commission publishing a disappointing communication following the Paris Agreement, Christian Aid has called on it to deliver a more ambitious plan in line with the goals set out at COP 21.

Mohamed Adow, Christian Aid’s Senior Climate Change Advisor, said: “The EU has helped the world seal the Paris deal and it must now get its act together to increase its emissions cuts in line with the agreement.  Otherwise it will undo its good efforts in helping the world arrive at the Paris Agreement, even before it has been ratified.

“The world’s poor people are already paying the true cost of climate change and cannot accept the EU ruling out the potential strengthening of its 2030 emission reduction target. They need to see good faith from the EU and other big polluters to strengthen their promises on both emission cuts and climate finance.

“The Paris Agreement was a watershed moment in the global journey to tackle climate change. The EU is acting like it never happened.  It cannot just continue to have the same position that it brought to the table pre Paris for the next decade.

“Traditionally a climate leader, the EU should be pushing at the open door created by the Paris Agreement not dragging its feet.”