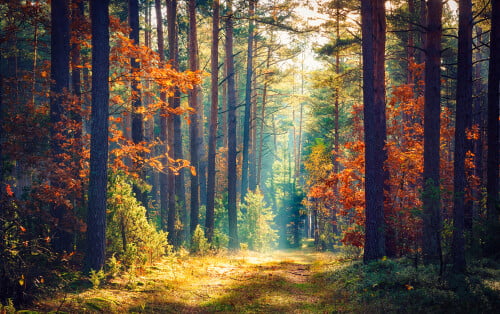 Some of the most vocal wiccans speaking out against climate change live in Spain. My friend Jose, the founder of Magia Blanca de Le Tierra, a Spanish blog on the intersection of magic and environmentalism, says that the community is becoming more concerned than ever.

Wiccans Have Become Very Politically Active. That Applies to Climate Change Too

People in the wiccan community have been more vocal about their political views these days. After the 2016 United States Presidential Election, a number of them said that they would cast binding spells and other curses on newly elected President Trump.

However, some wiccans and druids feel that there are more pressing matters than protesting the president. As we pointed out in another post, they argue that they need to be more vocal about climate change.

Jose and other Spanish wiccans are trying to use magic in the most extraordinary ways. While most skeptics doubt that their abilities have any real impact, they still appreciate political outreach.

“I personally don’t buy into the existence of wicca or any type of magic,” one reader told me. “However, I find it encouraging that they are willing to fight against climate change. Anybody that is willing to take a stand against the policies that are destroying our planet is any ally, even if I don’t agree with their belief in the existence of magic.”

In 2016, a number of pagans and wiccans signed a petition on climate change. However, they have recently become more active. Many have started performing rituals and trying to cast wiccan spells to slow the progression of climate change. Even many skeptics that don’t believe in magic spells have lauded their efforts, because they are still drawing attention to the problem.

How Are Spanish Wiccans and Druids Speaking Out Against Climate Change?

Everybody that practices magic has their own beliefs. Some of them believe in practicing black magic – that is the casting of spells that inflict harm on others. Others practice white magic, which is harmless and usually meant to heal and bring benefit to others. There are also druids, pagans and elementalists, just to name a few.

Despite the many different types of magic that they practice, they all share a common view. They believe that their energy comes from existential sources outside of their control. They usually believe that the power of magic originates from sources in other dimensions, but that it must be channeled through the physical world. The earth element is one of the most powerful elements in magic. Plant matter, soil and other parts of the earth are frequently used in magical spells, so damage to the earth could jeopardize the practice of wicca. They believe that it is necessary to protect the earth at all costs. This is one of the most important commonalities among everyone that practices magic.

Spanish wiccans have become especially adamant about fighting climate change. They come from a culture that is heavily tied to the environment. They are less decadent than their American counterparts, so they are willing to make the sacrifices needed to make the world safer.