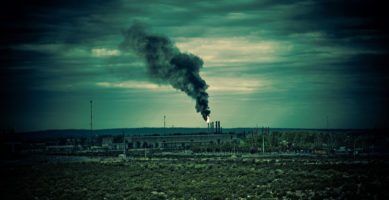 The government have demonstrated that they are in disarray over air quality following their reaction to a Commons select committee report and environmental lawyers ClientEarth have set out their reasons for taking the UK government to court.

The challenge is due to be heard at the High Court in London next month.

Legal action ensures that governments comply with the law and act in the best interests of the environment, the country and their citizens.

“No-one, least of all an organisation like ClientEarth which relies on donations, wants to embark on the costly option of taking ministers to court.

“It is necessary at times though, particularly when tens of thousands of lives are at risk because an intransigent government persistently fails to comply with the law, which is where we find ourselves on air pollution in the UK.”

Thornton was responding to claims by a former Number 10 environment adviser who suggested in a blog, on the Green Alliance website, that the impending court case had harmed the government’s ability to solve the pollution crisis.

In his response, Thornton states: “Since 2010, the government has failed to comply with legal limits set to cut air pollution and protect human health.

“What sort of democracy would we be living in if we as citizens have to comply with the laws put in place by Government, but ministers can ignore them when they feel like it? Many autocrats enjoy such an ability to ignore the law. But since Magna Carta, we have committed to live under the rule of law, Government and citizen alike.

“The government is sitting by while in the UK 40,000 early deaths a year are caused by air pollution.”

The government’s response to a report by a group of MPs which urged it to get a grip on air pollution, setting deadlines, which the government missed, was published today. The response to the EFRA committee comes after the government ignored three similar reports from the Environmental Audit Committee.

Responding to the government’s statement, ClientEarth lawyer, Alan Andrews said: “This is another sign that this Government is in complete disarray over Britain’s air quality crisis.

“Once again it has ignored the recommendations of a parliamentary select committee. This comes as no surprise – it has already paid scant regard to the Supreme Court which in 2015 ordered it to take “immediate action”. A year and a half later, we are still waiting to see any signs of progress.

“The Government’s strategy seems to be to delay, do nothing and hope that this problem will go away. It won’t, and neither will ClientEarth. The longer they delay, the more people will die early or be made seriously ill from breathing harmful and illegal levels of air pollution. So on the 18th and 19th of October we will be back in court to challenge the Government’s woefully inadequate air quality plan.

“We need a bold and far-reaching strategy to rid our towns and cities of the public health menace posed by diesel. We need a national network of “clean air zones” which restrict access to all but the cleanest vehicles. This needs to be supported by a major investment in clean public transport and walking. The government needs to get on the side of consumers and ensure that motor manufacturers prove that their vehicles are as clean as they claim when driving on the road – not just in discredited laboratory tests.”

ClientEarth won its case at the Supreme Court in 2015 when ministers were forced to produce new plans to bring the UK into compliance as soon as possible. The plans don’t envisage compliance with current limits until 2020 for most cities and not until 2025 for London.