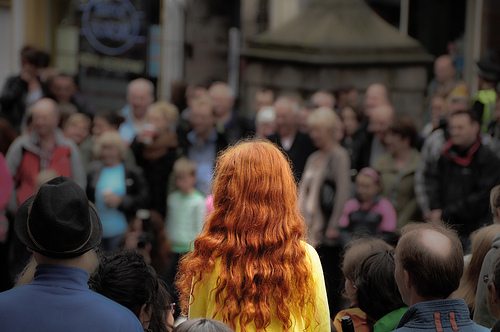 People with ginger hair and blue eyes could become less common within centuries if Scotland gets sunnier and warmer because of climate change, according to a genetic testing firm.

Experts believe that the gene for red hair evolved due to cloudy skies and a lack of sunlight, so that people could get as much vitamin D as possible, but this characteristic might be lost as the country becomes warmer as global temperatures increase.

Dr Alistair Moffat, managing director of ScotlandsDNA, which researches the genetic origins of Scots, said, “We think red hair in Scotland, Ireland and in the North of England is adaption to the climate.

“I think the reason for light skin and red hair is that we do not get enough sun and we have to get all the Vitamin D we can.

“If the climate is changing and it is to become more cloudy or less cloudy then this will affect the gene. If it was to get less cloudy and there was more sun, then yes, there would be fewer people carrying the gene.”

Another scientist also stated that climate change “could see a decline in the number of people with red hair in Scotland”.

Around 13% of people living in Scotland have ginger hair, mostly in the Edinburgh area, while in the UK and Ireland the number is around 20 million.

International scientists have repeatedly warned that climate change will cause temperatures to rise over 2C by the end of the century, unless action is taken to reduce greenhouse gases emissions from human activities.

While many side effects – such as greater flood risk and earlier seasons – are already evident, experts have warned that a warmer climate in the UK could affect food production, threaten national security and health and lead to the loss of many species.