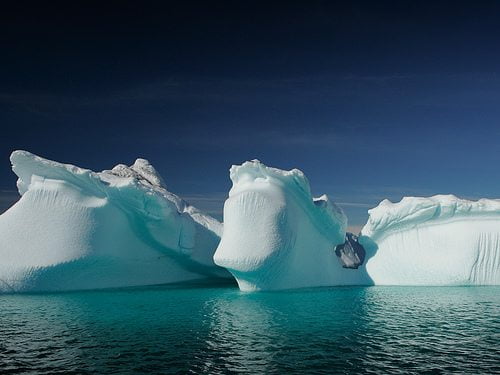 Climate change is sexist – and it’s our fault

Cards on the table: I’m a woman. So the fact that climate change is posing a particularly acute threat to the entirety of womankind is one that I find slightly terrifying. What truly worries me though is that, like the whole smoking mass of mistakes that is man-made climate change, we can’t put the blame on nature. Kate Hawkes is a blogger and marketing assistant with Irish eco-business Celestial Green Ventures.

When I first came across the idea of a ‘gender-sensitive’ approach to climate change and its consequences, I admit that I came over pretty gender-sensitive myself. A ‘Discrimination!’ flag popped up somewhere in my head, and I was ready to go from zero to Ferociously Indignant in under seven seconds. ‘Gender is a human construct,’ I fumed – floods, droughts and food shortages don’t discriminate between young and old, rich and poor, and certainly not between men and women.

But then I found a statement from The Commission on the Status of Women in 2008, which agrees that ‘climate change is not a gender-neutral phenomenon’.  A bit of digging uncovers research from respected global organisations like the United Nations and the Population Reference Bureau proving that, whilst the effects of rising temperatures are having devastating consequences for all humans, women are particularly vulnerable in everything from losing their livelihoods to losing their lives – and not for the reasons you might think.

Yes, basic differences in biology do have an effect on survival rates in climate-linked disasters. This is actually sometimes in favour of women, who, for example, can cope with food shortages better than men due to their higher body fat. Even so, more women are killed by natural disasters, and a 2006 study by London School of Economics suggests the real reason behind this disparity. The research, which took data from 4,605 natural disasters, found that where the population enjoyed equal rights for men and women in their everyday lives, the survival rate was roughly equal. However, where women experienced lower economic and social rights, more women than men were killed in disasters, and in many places across the globe it’s this situation that is the reality. Their social standing and cultural roles mean that women are put at a considerable and needless disadvantage when it comes to thriving or even surviving through the consequences of climate change.

According to the UN, women still ‘constitute the majority of the world’s poor’, making them likely to be affected particularly harshly by the economic fallout from climate change. In developing countries this is especially true, as women are ‘more dependent for their livelihood on natural resources that are threatened by climate change.’ It’s also largely women who have the responsibility of fetching water and food for their families from already scant sources. You’d be mistaken in thinking this is limited to lower-income countries: when Hurricane Katrina hit New Orleans in August 2005 it was women, mostly African-Americans, who were the hardest hit, as the most impoverished sector of the population.

As well as imbalanced access to resources, gender-unequal social standing can lead to limited mobility, and in the context of natural disasters this can be deadly. Responding to floods, cyclones and tsunamis needs immediate mobility, but cultural constraints on women’s movements could restrict their escape, their access to shelter or to healthcare. Whilst extreme weather events linked to climate change are out of human hands, these limiting factors are entirely the creation of them. “For example, women have physical limitations because of the clothes they wear or because in some cultures, girls are not taught how to swim,” reported Verona Collantes, Intergovernmental Specialist for UN Women at the 2015 Road to Sendai conference. Citing Collantes in a piece written earlier this year, climate campaigner Renee Juliene Karunungan explains that “for many affected by Typhoon Haiyan, simple decisions such as the freedom to decide when to evacuate could not be made without their husbands’ permission.” Particularly troubling is the observation that some women avoid using emergency shelters as it would leave them vulnerable to domestic and sexual violence. Spaces intended to offer safety are essentially out of bounds for women, and transformed into somewhere that seem to pose an even higher risk than the devastation outside.

The fact I found most shocking of all? A UN factsheet on climate change notes that ‘boys are likely to receive preferential treatment in rescue efforts’. I really want to believe that I’m misunderstanding the reality behind this statement – but I just don’t think I am. The word ‘preferential’ gives an unmistakeable message about the intentions of those rescuers. Maybe the theory is that boys have a better chance of actually surviving their rescue – but surely rescue should be about aiming to save everyone, not about picking and choosing.

The irony in this is that these same female social roles that are the source of vulnerability also put women in an ideal position to combat climate change. As the individuals in charge of household resources, they have the capacity to make a difference on the day-to-day emissions and environmental impact of families worldwide, and as primary care-givers they have the power to bring up an ethically responsible new generation. The majority of energy in developing nations still comes from biomass fuels like wood and charcoal, the management of which is the work of the women. In OECD countries, women are more likely to recycle and make more ethical consumer choices, and the International Labour Organisation reports that ‘women have a smaller carbon footprint than men due to different consumption patterns and lifestyle (…) regardless of whether they are rich or poor.’ Yet in many countries there are still gender differences in training and expectations, and therefore women are often not included in discussions on energy and climate change mitigation.

So, yes, I am frustrated and frightened by this partly because I am a woman. But those feelings are largely because, as a human, I resent the fact we’re putting up even more barriers to climate action than there needs to be. The current social limitations on women mean that a ‘gender sensitive’ response to climate change is clearly necessary, but surely the real solution would be to address the constructs that are causing these disparities, rather than embedding them in environmental policy. As a result, we’d also be opening up the climate discussion to a group of individuals that could have valuable knowledge, experience and influence on the topic, and as 50% of the world population that’s one statistic that certainly can’t be ignored.