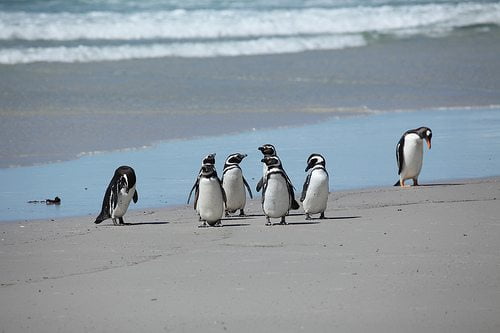 More frequent storms and heavy rain are the most frequent cause of death for young magellanic penguins near Punta Tombo, Argentina, according to a new study.

Researchers from the University of Washington observed magellanic penguins for 27 years in the South American country and concluded that they were suffering from the climatic variations in the region.

Heavy rain, storms and increased heat have been the most common cause of death among chicks and has also led to foraging difficulties in adults, causing many youngsters dying for starvation.

Chicks are often too vulnerable to protect themselves from the strongest rain and heat, but also too old to be protected by their parents. As a result, they often perish.

The abstract of the study says, “Climate change that increases the frequency and intensity of storms results in more reproductive failure of magellanic penguins, a pattern likely to apply to many species breeding in the region.

“Climate variability has already lowered reproductive success of magellanic penguins and is likely undermining the resilience of many other species.”

In Punta Tombo, 110km south of Trelew in the Chubut province, there is an important colony of this species.

“Penguins live in the desert and what’s really happening with these rain storms – they are turning their nests into swimming pools and they really don’t like to be wet.”

Boersma said, “The birds are coming back later and on average laying their eggs three days later than they did a decade ago, so they have a shorter breeding season and that cuts down the amount of time they have to raise their chicks.”