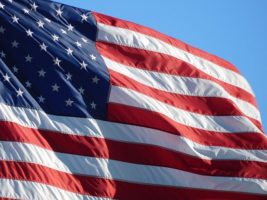 Hilary Clinton and Donald Trump are both in the running to become the next President of America, but both have very different views – especially when it comes to the environment. Whilst Clinton is in favour of renewable energy and a zero-carbon economy, Trump disregards global warming as a “hoax” and promotes the use of coal, oil and fracking.

Hilary Clinton is a big supporter of renewable technology. If she wins the election to become President of America she has big plans for the renewable future of the country.

Clinton has said she wants to set national goals for renewable energy, including installing 500m solar panels. She wants to reduce energy waste in homes, schools and hospital by a third and create enough clean energy to power every home in America.

Clinton also wants to launch a $60 billion Clean Energy Challenge to partner with states, cities and rural communities as well as a $30 billion project to revitalise coal communities.

On the other hand, Donald Trump has directly opposing views. He tweeted on 29 January 2014 that “global warming is an expensive hoax” suggesting that climate change is a myth because of the freezing weather in Texas and Louisiana at that time.

Trump is also a supporter of the use of coal and oil and encourages fracking.

If he wins the election and becomes the American President, Trump has also suggested he will cut funding for the Environmental Protection Agency.
Source: The Guardian