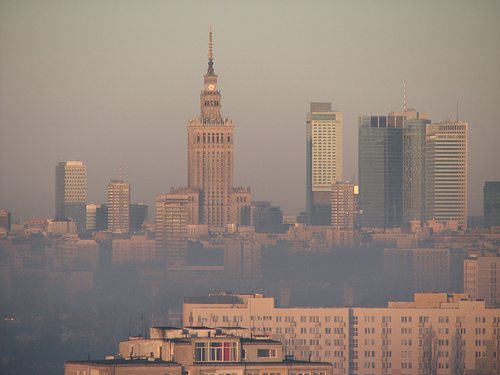 Australia was labelled as “the new climate pariah” and accused of dismantling current climate legislation at UN climate talks in Warsaw on Wednesday.

The 19th session of the Conference of the Parties (COP19) to the United Nations Framework Convention on Climate Change (UNFCC) began on Monday and will run until the November 22.

German organisation Climate Analytics said that the Australian prime minister’s plans will lead to emissions increasing in 2020 rather than the target 5% reduction on their 2000 levels. Under the new plans the organisation argues that the country’s emissions will rise by 12% over the next 17 years.

Bill Hare, director of Climate Analytics, said, “The existing legislation would have bent the relentless upward curve of Australian emissions downwards, a first step towards a low carbon, climate-safe future.

“The new policy will see this dismantled and replaced by a climate policy that goes against science.”

Issues that will be discussed at COP19 include what legal form agreements should take, how decarbonisation targets should be distributed between countries and whether rich counties, which have contributed the most to climate change, should compensate poorer countries, which are expected to suffer the most as a result.

The deputy-general of the World Metrological Organisation (WMO) also told the conference that temperatures and sea levels were continuing to rise at an accelerated pace. He said that the sea level rise had contributed to the devastation caused by the super-typhoon Haiyan.

A report released by the UN at the climate talks on Tuesday found that developing countries had already suffered the most from the effects of climate change, adding that richer nations were obliged to help. The research investigated which countries had been hit the hardest by extreme weather events between 1993 and 2013.

A separate study published by the Corporate Europe Observatory (CEO) and the Transnational Institute (TNI) claimed that the Polish government had formed partnerships with 11 corporations and anti-climate lobbyists. The majority of the companies and lobbyists in question have a history of blocking climate change regulations.

Philippines climate delegate: ‘we cannot manage on our own”