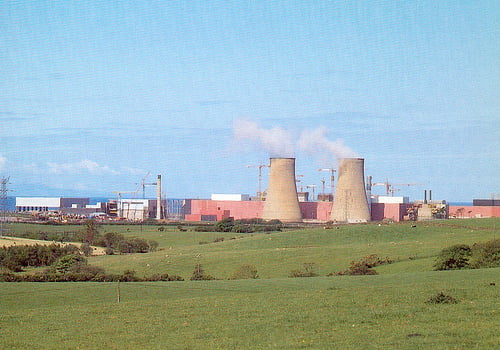 Cumbria will not become the host community for the government’s £12 billion nuclear waste disposal facility, after its county council voted in favour of withdrawing from the selection process.

The news comes despite Copeland borough council voting in favour of the plans. But previous agreements mean there had to be unified acceptance at both borough and county levels.

“[Cumbria councillors] have invested a great deal of time in this project and have provided valuable lessons on how to take forward this process in future”, said energy secretary Ed Davey.

“While their decision to withdraw is disappointing, Cumbria will continue to play a central role in the energy and nuclear power sectors.”

Cumbria’s decision follows four years of protests by the West Cumbria branch of Friends of the Earth, for whom Ruth Balogh is a campaigner.

“We’re delighted at this decision, the problem of radioactive waste is a national problem – Cumbria should never have been proposed to shoulder this burden”, she said.

“We’re also pleased the council have asked for attention on the interim storage of waste; this has been neglected.”

Greenpeace joined Friends of the Earth in welcoming Cumbria’s move to veto the plans.

“Even the prime minister admits we need a plan to store waste before we can build a single new plant”, said energy campaigner Leila Deen.

“This decision shows that dumping waste in uncertain geology near one of the country’s most pristine national parks is not a solution.”

However, Davey remained defiant that a suitable site would eventually come forward, saying that the decision made by Cumbria wouldn’t “undermine prospects for new nuclear power stations”.

The county is currently home to Sellafield nuclear plant, where most of the UK’s radioactive waste is stored. The government claims the eventual host community will benefit from a multi-million pound benefits package, as well as job creation and infrastructure investment.

On this day in 1996: France suspends nuclear tests