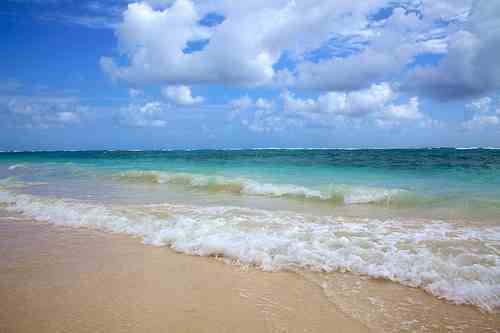 The health of our oceans is declining fast because of unprecedented levels of carbon dioxide, overfishing, pollution and global warming, a new report has revealed.

Marine scientists from the International Programme on the State of the Ocean (IPSO) have warned that global seas are degrading increasingly quickly, at a rate never before seen.

According to their new report, oceans are absorbing much of the warming that the planet is experiencing, as well as high levels of carbon dioxide (CO2). These factors, combined with destructive overfishing and high levels of pollution, are seriously damaging the state of the ocean.

Prof Alex Rogers, scientific director of IPSO, said, “The health of the ocean is spiraling downwards far more rapidly than we had thought. We are seeing greater change, happening faster, and the effects are more imminent than previously anticipated.

“The situation should be of the gravest concern to everyone since everyone will be affected by changes in the ability of the ocean to support life on Earth.”

Scientists identified a “deadly trio” of phenomena, formed by acidification – caused by the excess of CO2 – warming linked to climate change and de-oxygenation, a process that is partly caused by global warming in tropical oceans and partly by eutrophication due to nutrient runoff from agriculture and sewage.

Overfishing is also contributing to damage the oceans’ health, disrupting the food chain and altering the balance of the marine environment. According to the report, “Fisheries management is still failing to halt the decline of key species and damage to the ecosystems on which marine life depend.”

Scientists suggest that the only way to slowdown the decline is to seriously tackle CO2 emissions – a measure urged also by the Intergovernmental Panel on Climate Change (IPCC) in its latest report- in order to contrast the warming and acidification. Large scale fisheries should be drastically downsize, canceling subsidies and banning the most destructive techniques.

In July, a study revealed that creating a network of 127 marine conservation zones around the UK would bring significant economic return – up to as much as £3.39 billion per year – while allowing such places to degrade would be costly in the long-term.