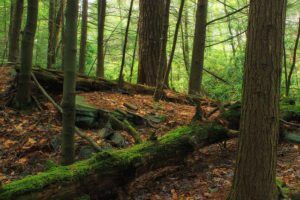 The research, published in the Journal of Sustainable Finance and Investment, found that while the determinants that donors used to allocate mitigation finance across countries are diverse, as usually found in the case of development aid more broadly, their responses to global needs are almost the same: preserving forest carbon sinks appears to be at the top of donors’ climate agenda.

Several developed countries have increasingly allocated a large share of their official development assistance (ODA) to climate mitigation finance. In this study, mitigation finance was ODA allocated with the aim set out in the United Nations Framework Convention on Climate Change (UNFCCC) decisions to keep the global temperature rise below two degrees by the end of the century. Although not part of the research, the UK recently also pledged £5.8 billion in climate related funding as part of its ODA between April 2016 and March 2021 through the International Climate Fund.

The commitments of the five largest green donors to providing ODA as mitigation finance make up more than 85 per cent of total bilateral ODA for projects with climate mitigation as principal objectives. These countries’ contributions increased from US$450.7 million in 1998 to almost US$11.5 billion in 2014, with Japan the largest contributor and India, Indonesia and China among the countries receiving the most finance. However, little is known about the factors taken into account when donors allocate the money.

A lack of balance in allocation to mitigation and adaptation finance can further divert public finance from poor countries and accelerate global inequality.

Some donors exploit mitigation finance as a geopolitical and trade instrument to improve or maintain their relationships with neighbouring countries, for example Japan, Germany and France choose developing countries that are close by as their recipients. Dr Halimanjaya says this may divert it from its principal objective of mitigating greenhouse gas emissions, although the donors’ financial allocation shows a concerted response to global needs via their protection of carbon sinks. Norway is the most altruistic of the five donors, as it exhibits the lowest geopolitical and trade interests.

Japan, Germany, France and Norway were found to have an emerging interest in allocating mitigation finance to their Clean Development Mechanism (CDM) host countries, where public finance can play a role in stimulating large private-sector investment in green projects. While this risks overcrowding these countries and promoting global inequality, the study suggests that supporting small to medium businesses can balance this risk to some extent.

Using data on mitigation finance the research analysed four determinants – global needs, recipients’ institutional performance, recipients’ needs, and donors’ interests – for each donor’s two-step financial distribution procedure. This consists of the selection stage, when a donor chooses which developing countries are to receive its mitigation finance, and the allocation stage, when the donor allocates money to the selected countries.

Of the five major donors all except the US consider good governance a determinant of their mitigation finance at the selection stage. The study suggests that such a stringent policy, especially at the allocation stage, raises the concern that the criteria may hinder the global progress of emission mitigation, as countries with weak governance urgently need technical support to improve their land and forest governance in order to join global emission reduction programmes, such as Reducing Emissions from Deforestation and Forest Degradation (REDD+). However, it could also be argued that good governance can serve as a financial safeguard against misconduct such as corruption.

The study ‘Allocating climate mitigation finance: a comparative analysis of five major donors’, Aidy Halimanjaya, is due to be published in the Journal of Sustainable Finance and Investment on July 8, 2016.