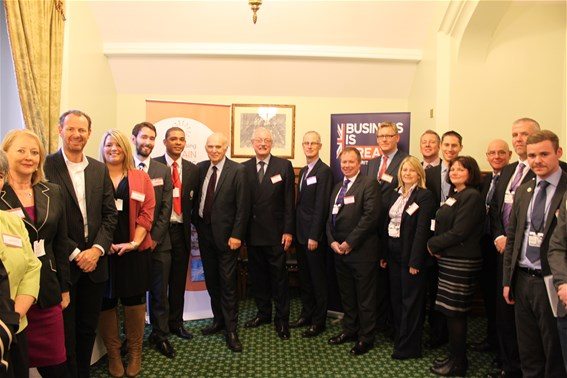 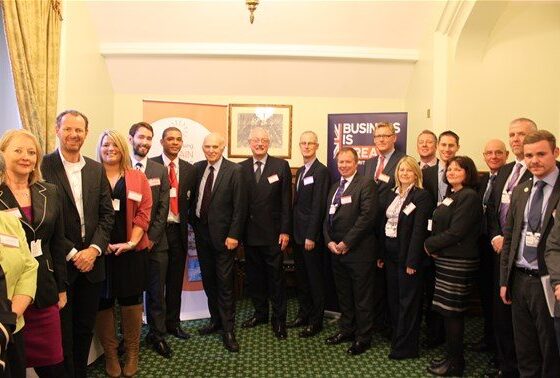 On Friday November 22, the Enterprising Britain Awards took place in the Houses of Parliament. A number of different institutions were recognised for their hard work in promoting entrepreneurship within their communities. Nicky Stubbs went along to find out more.

It is sometimes thought that business performance has a direct correlation on the state of the national economy. This is not entirely true, and the Enterprising Britain Awards certainly served as a testament to that.

From across the UK, groups gathered to receive accolades from the minister of state for skills and enterprise, Mathew Hancock MP, including representatives from colleges and further education institutions, local authorities and local businesses.

Medway council, which was highly commended by the judging panel for creating the right conditions for businesses to establish themselves and grow, received the award for the most enterprising place in Britain. The council, working in partnership with local businesses and entrepreneurs, has managed to overcome difficult economic circumstances. Back in 1984, Chatham dockyard was closed, leaving a large portion of the local population unemployed.

“It’s about getting people over these barriers and telling them that you can see beyond the present”,said Jane Chitty from Medway council.

“The council should not be there as a decision making body. This is about sitting down with local people, with businesses and with those out of work and saying to them, ‘How can we help you? What do you need from us?’.”

She added that local authorities should be proactive in supporting local people and businesses, rather than “just being a speaker”.

“There is lots of funding out there for people to use, especially for start-ups. We’ve been proactive in rooting out these funding sources, giving businesses interest-free loans from around £50,000 to £2.5m to grow their business, to expand their facilities and to create jobs for local people.”

The success of Medway council’s hands-on approach to helping its local economy has, according to statistics, paid off. Chitty said that the council had created “a job a day”.

But should helping businesses be just about accessing finance? According to the Burnley Bondholder Scheme, this is not the case, and there is certainly a scope for councils to work in partnership with businesses to shout from the rooftops about doing business in their area.

The Burnley Bondholder Scheme is a partnership between business leaders and council leaders in Lancashire, where companies pay a subscription to be part of the scheme.

“Businesses pay for the privilege of going out and telling everyone that Burnley is a great place to do business”, said Steve Rumbelow, chief executive of Burnley borough council.

“I remember thinking to myself, ‘People aren’t going to buy this’, but it worked. We now have around 150 members across the borough.”

Andrew Henderson, managing director of Lanway, an IT services company in Burnley, also stressed the importance of a good working partnership between councils and businesses.

“Initiatives such as this give businesses the opportunity to meet with their local council, tell them what they need, what will work and ultimately they can provide the right conditions for companies to do business”, he said.

Henderson, who also sits as the vice-chair of the bondholder scheme and employs around 70 members of staff at his company, said that networking is one of the most powerful tools needed for successful enterprise.

“The primary aim of the initiative is to be a positive voice in Burnley. We are about creating skills and innovation in young people and they will hopefully go on to replace our generation and be more successful than we are.”

But the key to achieving true economic stability whilst not endangering the prosperity of the planet and its environment is by inspiring future generations to lead the way in sustainable business. One initiative that did exactly this was recognised for its efforts at the awards.

Barking and Dagenham College was highly commended for best supporting enterprising ambition in young people. A group of students came together, put forward a business plan and pitched it to college leaders for investment.

They opened up a shop at the college which takes in end of line or used computers which would have otherwise gone to e-waste sites across the world – an issue that was recently said to be a major threat to the health of 200 million people globally.

By providing students with the skills to refurbish these computers and instilling entrepreneurial spirit, the college is certainly doing its bit to mitigate the risks involved in dumping toxic e-waste whilst inspiring and motivating young people to do it for themselves.