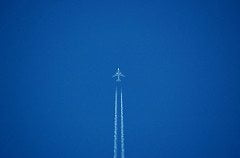 The Environmental Audit Committee held an inquiry into the implications for Government commitments on carbon emissions, air quality and noise should the Airport Commission’s recommendation of a third runway at Heathrow Airport be adopted. Their report has now been published.

It concluded: “The Government should not approve Heathrow expansion until Heathrow ltd. can demonstrate that it accepts and will comply with the Airports Commission conditions, including a night flight ban, that it is committed to covering the costs of surface transport improvements; that it is possible to reconcile Heathrow expansion with legal air pollution limits, and that an expanded Heathrow would be less noisy than a two runway Heathrow.

“In each case – climate change, air quality and noise – it needs to set out concrete proposals for mitigation alongside clear responsibilities and milestones against which performance can be measured. It should report regularly to Parliament, through this Committee and others, on progress.

“The Government should not avoid or defer these issues. To do so would increase the risks of the project: delay through legal challenge, unquantifiable costs resulting from unclear responsibilities, economic risks through constraint of other sectors to meet increased aviation emissions and long-term costs to public health from the impact of air pollution and noise.

“To the surprise of absolutely no-one, the House of Commons Environmental Audit Committee has discovered that when you build more runways and fly more planes, carbon emissions, noise and air pollution rise. The Davies Commission’s insistence that this is not necessarily the case is based on hot air and not facts. They have yet to find a mechanism for limiting emissions. Until that mechanism is tested, costed and guaranteed, any new runway is a mile-long middle-finger to our climate and the local people suffering from air pollution.”