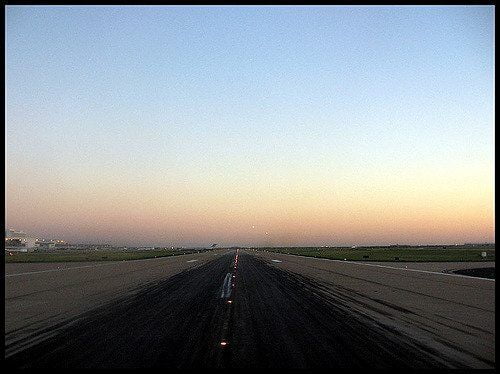 Greenpeace have today promised to overthrow the government’s decision on the new Heathrow Airport runway.

“A third runway at Heathrow would be a waste of time, money and lives. It would make Londoners’ air more dangerous to breathe, contributing to an air pollution crisis that already kills thousands. And it would load the atmosphere with as much extra carbon as some entire countries pump out. It was a bad idea when Blair, Brown and Cameron failed to get it built, and it remains a bad idea. We stand ready to take the May government to court on this, side by side with Conservative west London councils. This runway has been defeated before and can be defeated again.”

Today’s Sun newspaper reveals the contents of now deleted posts on Theresa May’s website from 2009 in which the Prime Minister said a government that built a new runway could never be taken “seriously on the environment again”. She claimed that it would lead to “increased noise and more pollution for thousands of people.”

“The Prime Minister might have cleansed her website of her anti-third runway posts in an attempt to cover her tracks, but the reasons she gave for being an expansion sceptic are just as sound now as they were then. She’s just bent her opinion to the will of the lobbyists.”

Greenpeace today asked its supporters to join a campaign to fund the Judicial Review. The environment group and local authorities worked together in 2010 to successfully overturn the Brown government’s push for a third runway in the High Court. The group says today’s even bigger expansion plan is far less likely to pass judicial review than 2010’s failed proposal.

Greenpeace will have a spokesperson at the Five Bells pub in Harmondsworth today.