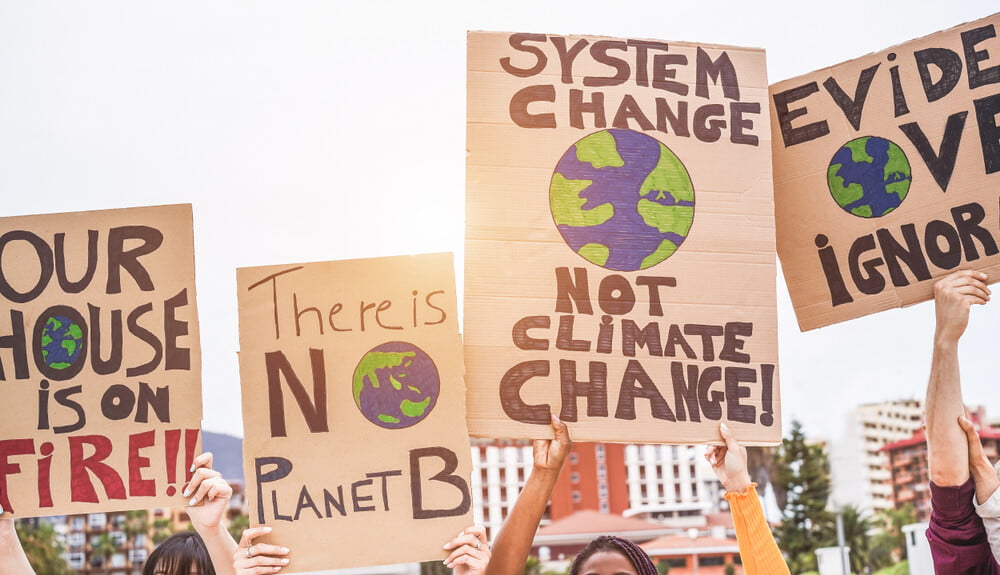 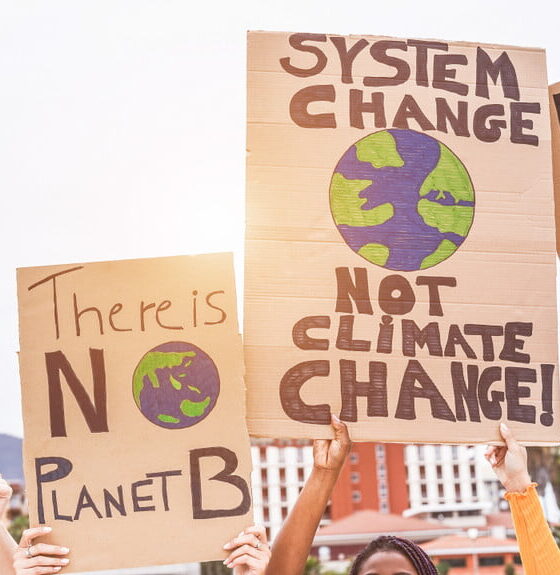 Essential Changes to Fight for Sustainability in a Post-COVID World

The COVID-19 pandemic has swept across the entire globe, leading to a shocking number of deaths, and causing catastrophic damage to the world’s economy. The truth is, no one has ever seen anything as devastating as this before but in as little as a few decades we could be facing another global crisis with the potential to be much worse: climate change.

Temperatures are rising faster than anyone ever wanted to predict. Data from this summer showed that 2020 was one of the three warmest years on record and November was the warmest for the month ever.

While it is difficult to worry about anything other than the current situation and the destruction that has come with it, we need to make significant changes to our behavior in order to prioritize the planet and fight back against climate change – before it is too late. Some people are already making major changes, such as Mirna Ines Fernández Pradel, a young woman from Bolivia.

What is Climate Change?

The term ‘Climate Change’ is well known worldwide but many people don’t fully understand how their actions are accelerating the damage being done to the planet and the repercussions that will come with it.

Climate change describes the shift in the average weather conditions across the Earth over a long period of time. This could be a change in how much precipitation falls or a change in the temperature. In recent years, scientists have discovered that the temperature of the Earth is increasing and although the changes may look small on paper, this increase in temperature can have huge impacts.

There are a wide range of factors that lead to climate change but experts have agreed that human activities are the main cause. This is due to the ‘greenhouse effect’ which essentially describes how certain gases in the atmosphere trap heat. The main gases are carbon dioxide, methane, and water vapour and are produced during many human activities, including burning fuel to power cars. This results in greater proportions in the atmosphere and traps more heat.

The warming of the Earth has already caused ice caps to melt faster than usual which in turn, has caused sea levels to rise. It is expected that we will begin to experience increasingly frequent extreme weather conditions from droughts and heat waves to storms with rainfall and snow. Due to these changes occurring quicker than usual, it is thought that many plants and animals will be unable to adapt fast enough and are at great risk of becoming extinct.

Changes to be Made

There are a number of small changes you as an individual can make to your lifestyle which would be very beneficial to the environment. You may be thinking, how is one person going to make a difference? Experts claim that actively changing your actions encourages others around you to do the same and as more people begin to do this, the positive effects will increase and become more apparent.

The most obvious way to protect the planet is to reduce fossil fuel emissions, particularly carbon dioxide, by swapping to more renewable energy sources. Most people are under the impression that renewable energy is the more expensive option so shy away from it however, this is not the case anymore. Energy produced by renewable sources is much more affordable these days and is usually around the same price of that from fossil fuels. In some cases, renewable energy can actually end up being cheaper in the long run and it is predicted that the price will continue to fall.

Another way to reduce your emissions to fight climate change is to reduce your energy consumption by making a number of slight changes including switching off lights after leaving a room, unplugging electronics when not in use, use plug-in fans and heaters rather than air conditioning and heating, and get an energy audit done to identify where energy is being wasted. You could also change older lightbulbs, which waste up to 90% of energy as heat, to LEDs which are much more efficient.

Nearly 30% of CO2 emissions in Europe are produced by transport and of this, around 70% comes from road vehicles. The most straightforward way to help cut the amount of carbon dioxide on the road is to drive less. Where possible, use public transport, walk, or cycle to your destination and try to combine trips into one. If driving is unavoidable, slight changes in the way you drive can also reduce emissions and save you fuel – try to accelerate and brake smoothly. When buying a new car, consider hybrid or electric vehicles as these produce far less carbon dioxide than regular fuel cars.

The livestock sector is another huge contributor to greenhouse gas emissions mainly due to the production of methane during digestion in cows. Alongside this, huge areas of forests have been cut down to create space to keep increasing amounts of livestock which decreases the number of trees absorbing carbon dioxide for photosynthesis. It is unrealistic to suggest that everyone adopts a vegan or vegetarian diet but by making a conscious effort to eat more plant-based foods, the volume of livestock will decrease, reducing greenhouse gas emissions as well as improving your own personal health.

Sustainable products can be those that are reusable, use less plastic, or are made using recycled,  natural, or biodegradable materials. Plastic bottles, shop carrier bags, and straws are common plastic, single-use products. These products end up in landfill or the ocean in huge quantities due to the nature of their use however, there are a number of reusable alternatives that work just as well. Many of these products are made using bamboo, glass, different types of metal, hard plastic, silicone, or recycled single-use plastics. By switching to these substitutes, you can help cut down the amount of waste produced and reduce the damage done to the environment and wildlife.

Bathroom products are frequently disposable and contribute to a large proportion of waste, especially within corporate businesses all across the globe that are still yet to make sustainable changes. There are a number of sustainable washroom products which are much more eco-friendly.

Shampoo, conditioner, and soap are products that typically come in plastic bottles and are thrown away when they run out, only to be replaced by a new bottle. By using solid bars of these products instead, there is no need for any plastic bottles. These bars work just as good, last for longer periods of time, and are plastic free.

Regular toilet paper production results in the destruction of massive amounts of trees. Bamboo toilet rolls are much more sustainable due to the plant’s fast growing nature. Bamboo is similar to grass whereby it regrows from the root after being cut which makes it a far more suitable material for toilet roll than trees which die after being cut.

Millions of makeup remover pads and cotton buds are used every single day and contribute to high quantities of waste. By using reusable versions, the number of these products ending up in landfill will decrease significantly. The alternatives are washable so they remain hygienic and the switch could actually help you save money in the long run.

On average, people change their toothbrush every couple of months and replace their hairbrush every year or two which results in a huge amount of plastic ending up in landfill and the ocean. The solution to this is bamboo. As described before, bamboo is a far more sustainable alternative to plastic taking only six months to biodegrade, and can be used to make toothbrushes, hairbrushes, and many other washroom products.

Although the planet had a nice break with the rest of us during lockdowns, as the economy reboots and people return to work, public transportation is now up and running, we continue to damage and affect the environment we live in. It’s never been more important to not only look after ourselves and our loved ones, but the planet too.