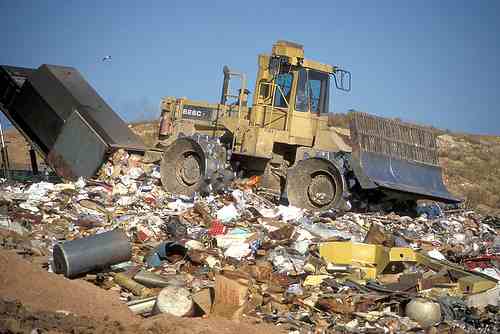 Leaked documents suggest that EU plans to curb air pollution and improve recycling rates could be scrapped. The two directives at risk aim to create a circular economy and prevent premature deaths linked to air pollution.

Whilst no decision will be made until next week, the leaked documents, which have been seen by the Guardian, give the EU a chance to gauge opinion on the potential move.

The clean air directive aimed to improve air quality within the bloc and prevent thousands of premature deaths that are linked to pollution. Additionally, the directive would preserve and save forests, wildlife reserves and ecosystems from damage caused by pollution

It is now understood that this proposal could be withdrawn and modified as part of a follow-up to the 2030 climate and energy package.

MPs recently described the UK’s air quality as a “public health crisis” on par with smoking.

In July, the EU put forward plans to recycle 70% of waste by 2030 to promote a circular economy. The plan aims to increase the EU’s recycling targets, tackle food waste and create green jobs within member states, and as a result move from a linear economy to circular economy and promote sustainable growth.

At the time environment commissioner Janez Potocnik explained that recycling was necessary if the EU is to get the most out of its resources.

“That means recycling [resources] back into productive use, not burying them in landfills as waste. Moving to a circular economy is not only possible, it is profitable, but that does not mean it will happen without the right polices,” he added.

The leaked documents suggests that the proposals will be withdrawn because the commission sees “no foreseeable agreement” with EU states that have poor recycling records. The plans initially received criticism from environmental and campaign groups for not going far enough, so news that the plans could now be scrapped are unlikely to be met with enthusiasm.