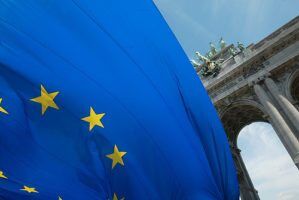 There is a cross-part consensus from all major political parties regarding the changes for improving the ambition of the EU Emissions Trading Scheme post-2020.

Climate Action Network (CAN) Europe welcomed this development, but stressed that only the most ambitious amendments are in keeping with Europe’s environmental obligations.

Members of the European Parliament’s Environment Committee, which takes the lead on the proposal how to reform the EU Emissions Trading Scheme (ETS) in the Parliament, are going to discuss amendments to the report forming the Committee’s position on 29 September.

Analysis of the tabled amendments carried out by Climate Action Network (CAN) Europe shows that MEPs across the political spectrum call for scaling up emission cuts under the ETS. Lawmakers demand a more ambitious starting point for the carbon budget than the one proposed by the European Commission in July 2015, urging that it should be calculated on the basis of real emissions. They also want to accelerate the rate at which emissions permits will be removed from the market between 2020 and 2030, via the so called Linear Reduction Factor.

“It’s encouraging to see MEPs across the political spectrum calling for more environmental ambition in the next carbon budget” – Damien Morris of Climate Action Network (CAN) Europe said. “But this is no time for half measures: only the most ambitious amendments come anywhere near to fulfilling Europe’s obligations under the Paris Agreement. We urge conscientious MEPs to support these.”

A briefing paper “A Fresh start for the ETS: setting the phase 4 starting point at actual emissions” published by CAN Europe today provides more details on the starting point for emission reductions. It shows that starting from the ETS target set for 2020, as proposed by the European Commission, would build oversupply into the new carbon budget right from the start. This is because the EU’s emissions are expected to fall as much as 38% below 2005 levels by 2020, when the cap will be only 21% below 2005 levels that year. To avoid a new surplus CAN Europe is calling for the ETS starting point to be set at actual emissions (average of 2017-2019 emissions) instead of the 2020 target.