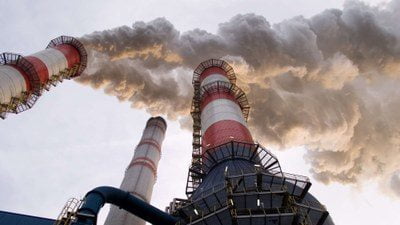 Despite progress in recent years, Europe must implement more ambitious policies if it is to be sustainable by mid-century, according to the European environment sate and outlook 2015 report from the European Environment Agency (EEA).

The five-yearly assessment argues that progress has been made, with Europeans enjoying cleaner air and water, less waste being sent to landfill and more resources being recycled today. However, the EEA adds Europe “remains a long way” from achieving the objective of living within the limits of the planet by 2050, with climate change and biodiversity loss remaining major threats.

Hans Bruyninckx, EEA executive director, said, “Our analysis shows that European policies have successfully tackled many environmental challenges over the years. But it also shows that we continue to harm the natural systems that sustain our prosperity.

“While living within planetary limits is an immense challenge, there are huge benefits in responding to it.  Fully using Europe’s capacity to innovate could make us truly sustainable and put us at the frontier of science and technology, creating new industries and a healthier society.”

Alongside more ambitious policies, “better knowledge and smarter investments” that aim to transform key systems such as food, energy, housing, transport, finance, health and education are highlighted as important to environmental strategies.

One of the issues raised in the report is air pollution, a major challenge within many cities in Europe. Unless action is taken to address the issue the EEA warns that hundreds of thousands of people will die prematurely.

The report states, “Despite considerable improvements in past decades, air pollution is still responsible for more than 400,000 premature deaths in Europe each year. It also continues to damage vegetation and ecosystems.”

The watchdog adds that continued improvements in air pollution levels are expected under current legislation, but beyond 2030 only slow progress is expected. As a result, the report calls for additional measures to achieve long term air pollution levels that “do not lead to unacceptable harm to human health and the environment”.

The UK came under fire last year when the government revealed that some of Britain’s largest cities, including London, Birmingham and Leeds, were unlikely to meet EU air quality standards before 2030.

The paper also highlights problems within natural capital, with Europe currently not on track to meet its 2020 target of halting biodiversity loss. Currently 77% of habitat assessments record an unfavourable conservation status. A “particular concern” is also marine and coastal biodiversity, which faces pressures from acidification, invasive alien species and overfishing.

Resource efficiency has also made progress but agreed policies are described as being insufficient to achieve long-term environmental goals, such as reducing greenhouse gas emissions by 80-95%.

Amongst the achievements highlighted in the report are greenhouse gas emissions decreasing by 19% since 1990 despite a 45% increase in economic output, the environment industry growing by more than 50% from 2000 to 2011, and fresh water quality improving in recent years.