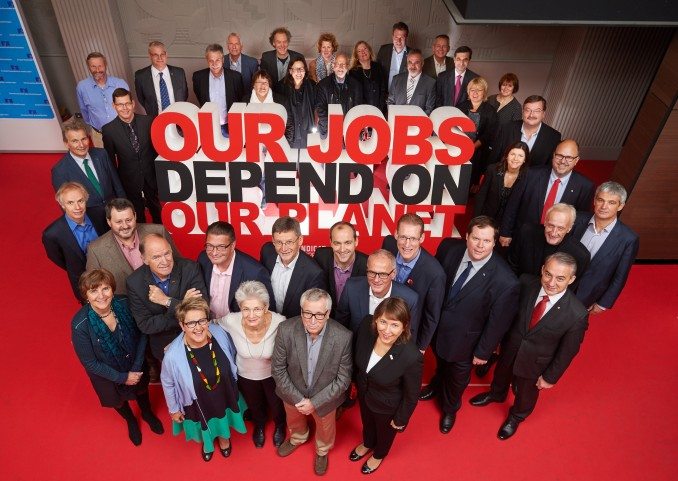 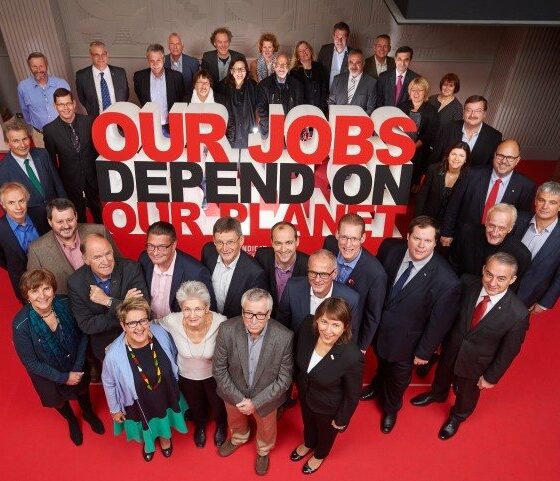 European trade union leaders have called on climate change negotiators to come up with a deal that protects both jobs and the planet. Meeting at the 13th Congress of the ETUC in Paris, they warned that urgent action is needed to help eastern European countries move towards a clean, green economy without putting jobs at risk.

Watch their short video message here: “There are no jobs on a dead planet.”

The European Trade Union Confederation (ETUC) is a trade union organization which was established in 1973 to represent workers and their national affiliates at the European level. Its role has increased as European integration has expanded EU influence on economic, employment and social policy throughout the 28 Member States.