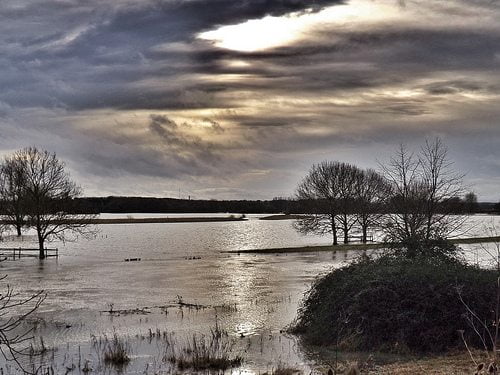 The UK government is discussing how to regulate farmers so their poor land use does not amplify the effects of future flooding.

After the wettest winter on record left many areas heavily flooded for weeks and even months, the Department for Environment, Food and Rural Affairs (Defra) is holding informal consultations over what farmers should have to do to qualify for the £3.6 billion grants offered by the government.

“We are currently seeking views on the rules that farmers need to follow, including soil management and erosion prevention, in return for the CAP funding that they receive”, a spokesperson said.

The discussion follows claims from some experts that some farmers’ poorly planned land management has made recent floods worse in Somerset and elsewhere.

Richard Brazier, associate professor of Earth Surface Processes at the University of Exeter, told the BBC that many farmers leave vulnerable soils bare and allow soil and water to run off.

He also said that farmers often ignore government rules on soil management because inspections are not carried out often enough.

Brazier is particularly concerned about the impact of farmers growing maize.

Maize, which is grown mostly to feed livestock and for use in biofuel production, is the crop that causes the most rainfall run off, as the soil stays bare both before and after the crop is harvested.

Under the last government, farmers were required to sow ground cover crops under the maize and reuse the land after harvesting, but all such rules were thrown out by the current government.

“Personally I think the best thing would be simply to ban the cultivation of maize on steep fields”, Brazier said.

“We have to be much smarter about the way we manage the land,” Jane Rickson, professor of soil erosion and conservation added.

“If we manage soil properly it can absorb a lot of rainfall. We can’t prevent flooding but we can certainly inhibit flooding by good land management.”

Last month, in an open letter to the Daily Telegraph, 17 water management professionals from environmental and planning organisations urge the prime minister to adopt a clear strategy for future flood prevention.

Warning of future disasters on a similar scale, the group of experts warns that the government’s approach to flood management is too focused on the short-term.

“Water management techniques could have helped prevent the effect of flooding on villages, towns and over surrounding land seen recently. Emergency measures are in order for the immediate crisis. But in the long term, the management of water requires a clear strategy,” they said.

Also in February, government advisors warned that the UK must spend an extra £500m over the next four years to prepare for the increased risk of flooding brought by climate change.