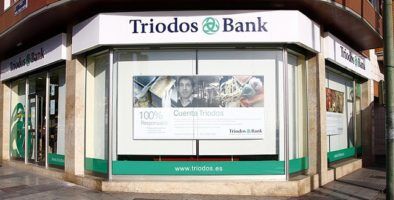 Dr Bevis Watts has been appointed as the new Managing Director at Triodos Bank.

Triodos Bank, Europe’s leading sustainable bank, has named Chartered Environmentalist and ex-Wildlife Trust CEO Dr Bevis Watts as their new Managing Director in the UK. It is the first time a UK bank has selected an environmentalist to a lead executive role. The appointment of Watts is an essential development in the bank’s continuing strategy to refocus finance on using money to promote positive change in society.

Watts has focused his 20-year career on leading organisations that have a positive impact on the environment and society. His experience across sectors makes him an ideal director to guide the bank to success during a crucial phase of growth:

· Most recently as CEO of Avon Wildlife Trust, Watts turned around a declining membership, growing the profile and land holdings of the mid-size charity.
· As Head of Business Banking at Triodos Bank UK from 2008 to 2012, he more than trebled lending and commitments to sustainable businesses in the UK.
· At the Waste & Resources Action Programme (WRAP) he designed financial and business support schemes to stimulate growth in the UK recycling market, resulting in nearly £40m of new private finance.

With a background in the public, private and voluntary sectors, Watts sees an opportunity for a radical new approach to banking:

“Our banks are not serving the needs of society. They undermine our long term ability to sustain ourselves,” he says. “It is time to change the system and demonstrate a model for sustainable banking that uses the intermediary power of finance to benefit people and the planet.

With the right values I believe banks can be a force for good and affect real positive systemic change in society.

Watts’s vision for the bank is both to invest in positive impacts for society and to be an exemplar in creating trust between banks and the general public by committing to transparent and prudent behaviours. In an era where many financial institutions are driven purely by profit, Watts sees the need for banks to focus on their responsibility to customers and their role in society. Triodos has a history of responsible growth even in times of market fluctuations: over the past five years, Triodos Bank UK has increased its lending and commitments to sustainable organisations by 127% from £373million to £847million. Its UK balance sheet now exceeds £1bn and Watts is looking to continue to grow the bank’s services and influence the debate about the future of banking.

Watts believes that our banking choices have an echoing effect in society. “Money is a powerful form of democracy,” he says. “Where you spend or invest your money is a vote for your values. A bank is like pooling those votes: what your bank does with your money has an impact on the shape of society. Understood in this way, Triodos Bank isn’t just a bank—we’re changing the way banking is done.”