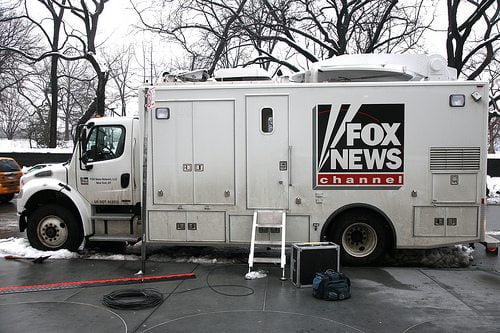 When Michael Moyer, editor of Scientific American magazine, proposed the topic of climate change to a Fox News series on trends of the future, he was reportedly told to “pick something else”.

Writing on his blog, Moyer said that he was approached by the media corporation and asked to appear on the programme Fox & Friends to discuss the topic, ‘Crystal ball: what will science and technology bring over the next 50 years?’

He instead proposed a discussion on ‘trends for the future’ in science, which Fox agreed on. Moyer put forward issues such as gene therapy, robot drivers and the effects of climate change, but said he was told to replace the last suggestion.

He participated in the show, discussing other topics, but later tweeted, “Fox & Friends producer wanted to talk about future trends. I said #1 will be impacts of climate change. I was told to pick something else.”

However, Moyer said he was not overly surprised at what happened.

“We all understand that Fox comes with a political point of view, one which has served them well in the ratings hunt”, he wrote in the blog.

“I did go on the show to discuss the other topics, because they are genuinely interesting and I love to share cool science with whomever will listen.”

Despite Moyer saying that he was sent an email with this request, Fox News has denied the topic of climate change ever came up.

The news network is often criticised for its scepticism towards climate change, despite this being overwhelmingly accepted by the scientific community.

While one study said it reported climate-related facts inaccurately 72% of the time in 2013, it has also been named as a driving force behind climate change denial in the US, for the way it misrepresents scientists.