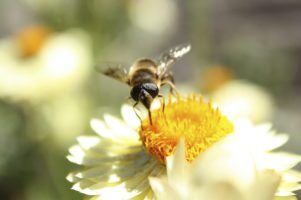 Friends of the Earth React to DEFRA Appointment

Craig Bennett, CEO of Friends of the Earth, has reacted to the appointment of Andrea Leadsom as DEFRA Secretary.

“Whatever the outcome of EU negotiations, Andrea Leadsom must defend and extend existing nature protections – an early test will be ruling-out the return of bee-harming neonicotinoid pesticides that are currently banned by the EU.

“This week a stark official climate change risk assessment report was published: Leadsom must commit to action to protect the UK from worsening flooding and heatwaves.

“British farming now has to make the case for the public money it receives – we should not be subsidising unsustainable food production or farming practices which fail to protect and preserve Britain’s green and pleasant land.”

ClientEarth Chief Executive James Thornton said: “At a time when the challenge of climate change becomes ever more pressing, the Government has scrapped the department devoted to tackling it. This is a statement of disregard for one of the most challenging economic, social and environmental issues humans have ever faced.

“It sends a terrible signal at the worst possible time, undermining efforts to secure a clean, safe energy future.

“It is now essential that Greg Clark proves the Government’s commitment to tackling climate change is undimmed. This decision will otherwise be a source of deep regret in the difficult years ahead.”

Thornton added: “With Andrea Leadsom now in charge at Defra, she must also show the government’s commitment to protecting the environment.

“The UK wildlife and countryside protection laws will be at risk when we leave the EU, and Leadsom’s first priority must be to pass laws which are as strong, or stronger, than those currently in place. This is essential to protect our precious animals and habitats, and the communities and industries which depend on them.”

Leadsom, as Environment Secretary, now becomes answerable for Defra’s shoddy air quality plan, which will see the government back in court on 18th and 19th October 2016. The renewed challenge was brought by ClientEarth after the Government ignored a Supreme Court order to clean up the UK’s air breaches EU pollution limits.

Thornton said: “Mrs Leadsom should also urgently support our demands for a new Clean Air Act which will protect lives once we leave the EU. The new government must now step up and deal with this public health crisis so that the whole country can breathe cleaner air.”