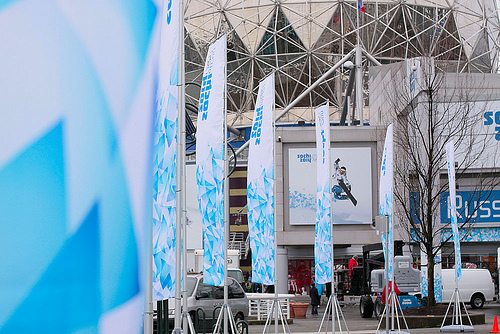 As the world prepares for the Winter Olympics in Sochi, Russia, a new scientific study has warned that future games may be threatened by increasing global temperatures, as few cities will be cold enough to host winter events because of manmade climate change.

The report, from the University of Waterloo in Canada and the Management Centre Innsbruck in Austria, used current climate projections to find that only six of the previous 19 hosts would still have conditions favourable for winter sports by the end of the century.

Even by mid-century the study estimates that, depending on the degree of warming, only 10 or 11 of the previous host cities would be cold enough to reliably host the Winter Olympics.

“The cultural legacy of the world’s celebration of winter sport is increasingly at risk”, said study author and associate professor in Waterloo’s Faculty of Environment Daniel Scott.

“Fewer and fewer traditional winter sports regions will be able to host a Olympic Winter Games in a warmer world.”

The average February daytime temperature of Winter Games locations have been consistently rising through the last century – from 0.4C at events held in the 1920-50s, to 3.1C in those during the 1960-90s and 7.8C in the 21st century.

Scott and his colleagues found that if these temperatures continue rising as predicted, famous Winter Olympic sites such as Vancouver in Canada, Squaw Valley in the US and Garmisch-Partenkirchen in Germany, as well as this year’s host Sochi, will be among those unable to welcome future games.

“It’s particularly powerful to see how past Olympic host cities could be impacted under a higher emission scenario, so hopefully this will serve as a wake up call to the International Olympic Committee and world leaders that major commitments to carbon reductions need to be made”, added Chris Steinkamp from campaign group Protect Our Winters.

In April last year, 75 Olympic medallists submitted a letter to US president Barack Obama, urging him to help tackle climate change for the sake of winter sports.

Meanwhile in June, more than 100 ski resorts also launched an appeal to the US to address climate change, saying warming temperatures were putting the ski industry in jeopardy.