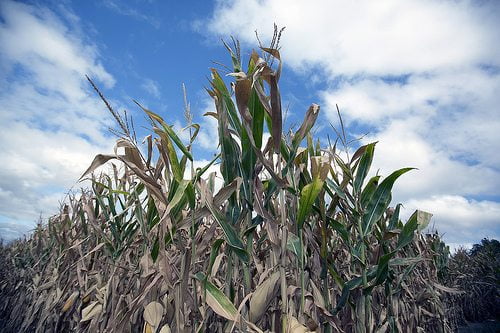 As the global population grows food supply may be unable to meet rising demand, with potentially devastating impacts for countries already reliant on imports, a new study has warned.

The paper, published in the journal Earth’s Future, constructed a full picture of the global food trade network in terms of the amount of calories exchanged between nations.

The study’s authors found that the global network has become increasingly interconnected, with 23% of all food produced for human consumption shipped abroad and traded internationally.

This has increased access to food in some agriculturally poor nations, which struggle to produce enough food to support their own populations, especially in the Middle East and some parts of Africa.

However, with demand set to soar with a global population rising towards 9 billion by the mid-century and a rapidly expanding global middle class, this dependence comes with risks.

“Overall, in the last two decades there has been an increase in the number of trade-dependent countries that reach sufficiency through their reliance on trade,” said Prof Paolo D’Odorico of the University of Virginia, lead author of the study.

“Those countries may become more vulnerable in periods of food shortage, such as happened during a food crises in 2008 and 2011, when the governments of some producing countries banned or limited food experts, causing anxiety in many trade-dependent countries.”

These food crises were caused by extreme weather events in major food producing nations – the sort of events expected to become more frequent as the effects of climate change grow more severe.

Previous studies have linked rising global temperatures to a net reduction in global crop yields, while it is feared rising pollution levels will also hit production in certain countries. Such impacts may motivate affected countries to curb exports for the benefit of their own citizens.

“Trade can redistribute food, but it cannot necessarily increase its availability,” D’Odorico added.