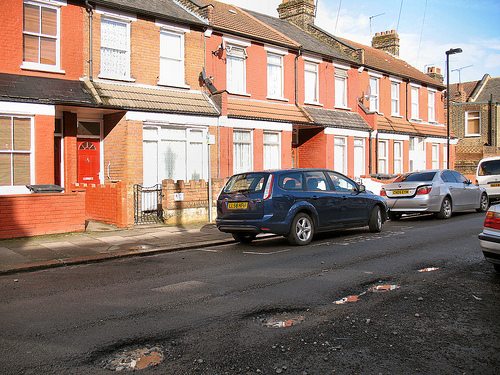 The Department for Transport has said an additional £140m will be given to local councils in order to help them repair roads damaged by the recent floods.

The measures were announced by the transport secretary Patrick McLoughlin on Sunday after some councils expressed worry about whether they could afford to repair to damaged roads and railway lines following the wet winter.

Receding water levels have revealed severe damage to roads in many areas where councils had seen their budgets slashed by the government in recent years. The Local Government Association said that authorities were already facing a £10.5 billion shortfall to repair damaged roads.

McLoughlin said that the new funds would be given to the majority of councils by the end of the week, with the most severely hit areas receiving as much as £36.5m.

He said that the having the right infrastructure in place is part of the government’s long-term economic plan.

“This extra money will help make a real difference to the millions of road users and local residents who rely on local roads, giving them safer and smoother journeys”, he added.

Mike Jones, leader of Cheshire West and Chester council, told the BBC that the problems faced by councils had been “exacerbated” by the adverse weather. Although he said the announcement was “good news for residents”, he added that the extra funding may not cover the cost of carrying out full repairs.

Jones said, “We do not yet know what the full bill for the cost of this winter’s devastating floods will be, but we expect it to be more than £140m.”

He added that there needed to be “consistent funding over a number of years” to allow the road networks to fully recover.

Labour leader Ed Miliband recently attacked the government’s flood funding strategy, saying that more needed to be invested in flood defences. The criticism came after David Cameron said that money was “no object” in fighting the floods.

Miliband said, “The really interesting thing about Cameron’s infamous money is no object – I think that’s a surprising thing for him to have said – is that he was saying it about the clean up, but he wasn’t saying it about investment in flood defences.”

Miliband went on to say that climate change – which he said was linked to the floods – was a “national security issue”.