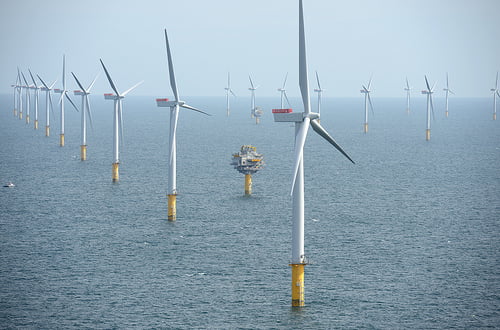 Environmental group Greenpeace is calling on individuals to tweet MPs, telling them to support an amendment to the energy bill that would see a 2030 electricity decarbonisation target added by April.

Conservative MP Tim Yeo and Labour’s Barry Gardiner tabled the additions earlier this month, calling for the government to follow the advice of its official climate advisers, the Committee on Climate Change, in implementing a concrete target.

Greenpeace has compiled a live spreadsheet of all 648 MPs and their Twitter usernames, as well as whether they have openly supported the amendment.

“We have a chance to move away from dirty fossil fuels and set our country firmly on the path to a renewable, booming, low-carbon economy. In writing, by law”, the Greenpeace campaign reads.

“A crucial ingredient of the government’s new energy bill was supposed to be a legally-binding target for the UK to produce almost zero carbon-polluting electricity by 2030.

“This would be a huge win for household bills, our planet and common sense.”

Labour leader Ed Miliband and Conservative MP Zac Goldsmith are two of a number of MPs who criticised the government uncertainty around the publication of the energy bill in December. Both claimed the instability could put investors off.

Greenpeace’s live spreadsheet can be downloaded here. To find out more information on how to tweet your MP, click here. You can also visit the dedicated campaign page for more ways to get in touch.