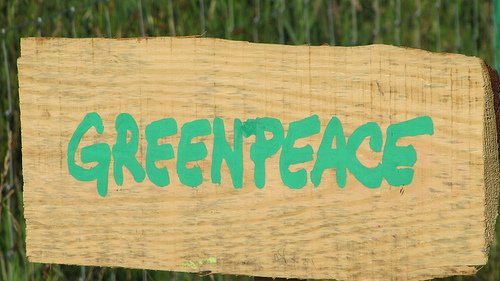 November 2012 might well go down as one of the defining months in the coalition government’s reign, not least because of a secret investigation undertaken by Greenpeace that appeared to expose merciless anti-wind and anti-green plots going on in the Conservative Party.

The excellent work conducted by Greenpeace, who for years have been right at the very forefront of the green movement, has put pressure on policy-makers to provide clarity and certainty on renewable energy.

Greenpeace describes the Tories’ opposition to wind power as “ideological”, and none of the personnel involved – Heaton-Harris, John Hayes, Peter Lilley and Lord Howell, among others – have done or said anything to prove otherwise.

Everything about the UK’s geography, weather and climate points towards it being a world leader in wind power. But all too often, money, policy and prejudice are stubborn stumbling blocks for it.

It’s clear that we need to strive for cleaner alternatives of energy if we are to tackle climate change, and utilising our limitless resources is paramount in this challenge.

That’s why the activities of groups such as Greenpeace are so desperately important in telling politicians, businesses and the public about the downright corruption going on in policy decision-making.

We spoke to a Greenpeace field researcher who was involved with the recent investigation, which the organisation dubbed ‘energygate’.

“The energygate work was unusual for us in that the raw data, and even the method of collecting it, became a big part of the story”, they said.

“Because of the somewhat clandestine nature of the job, we rarely get that kind of recognition, even though everything Greenpeace does is based on huge amounts of painstaking research.

“Whilst we normally try to maintain a low-profile, I must admit it was gratifying to see investigation work playing such a starring role.”

But the organisation’s superb work admittedly comes at a cost. After all, the hidden cameras, recording devices and Windefensible merchandise won’t pay for itself, will it?

Thanks to generous donations from enlightened members of the public, Greenpeace has been able to go about its business for over 40 years. And its progress shows no signs of stopping. But it still relies on public backing to get by.

“We don’t take money from companies or governments precisely so that we can carry out these hard-hitting investigations”, the organisation said.

“We can expose this political meddling because we are fiercely independent and funded by thousands of people like you who care about the health of our planet and of our democracy.”

For the price of a beer, a CD or even a book, you can donate to Greenpeace’s cause with just a click of a button; specifically this link.

And after undertaking our own fundraising venture recently, we can tell you for a fact that your support will be unreservedly appreciated.