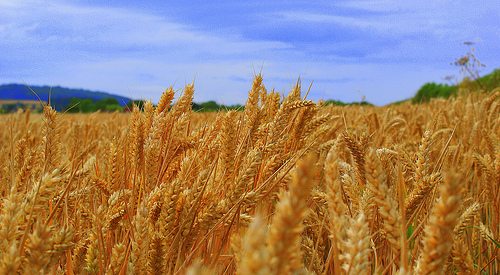 Rising levels of atmospheric carbon dioxide may cause some crops to become significantly less nutritious in the coming decades, with potentially significant impacts on the health of billions of people, a new study has warned.

Researchers from across the globe grew multiple varieties of wheat, rice, soybeans, maize and other crops in simulated conditions similar to those expected worldwide by the middle of the century.

Their findings, published in the journal Nature, show that the nutritional quality of many of the world’s most important crops fell when exposed to this more polluted environment.

Though the researchers were unable to pinpoint why, levels of zinc and iron fell significantly in wheat, rice, field peas and soybeans. Wheat and rice were also drained of protein content.

“It is possibly the most significant health threat that has been documented for climate change”, lead author Dr Samuel Myers from Harvard School of Public Health told the BBC.

“We found that close to 2 billion people are getting at least 70% of their iron and zinc from these grains and legumes. So reductions in those crops are potentially quite worrisome in terms of increasing those deficiencies.”

It is estimated that deficiencies of these important nutrients already cause an estimated loss of 63m life-years annually.

The study offers a timely warning of the dangers of rising carbon levels. April of this year proved to be the first month in human history where atmospheric levels of CO2 averaged at over 400 parts per million (ppm).

This new research used a system that kept ground-level atmospheric CO2 at 550ppm, the level expected around the world by 2050.

The findings of Myers and his colleagues will also add to fears over how, in an increasingly warm, crowded and polluted world, humanity will sustainably and fairly feed itself.

Scientists have estimated that climate change will cause average crop yields to drop by 2% each decade, while demand increases by 14% each decade.

To make matters worse, a third of all the food the world produces is currently discarded or lost, according to the World Bank. Experts say a rapid change in consumer and commercial behaviour in the developed world is desperately needed to cut the waste.