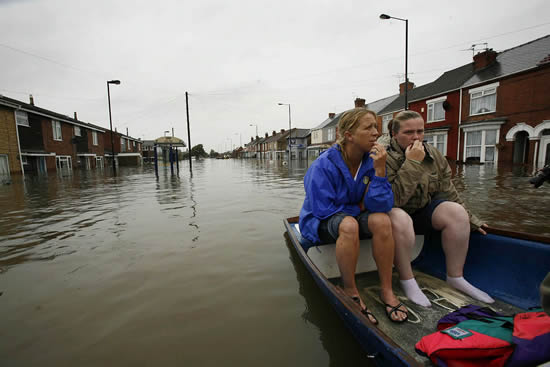 The UK floods prove we should move beyond emergency response and build institutions and infrastructure to create enduring resilience across all social groups, says Clare Downing.

If you talk to anyone who has been affected by a flood, they would no doubt have a long list of questions and complaints about flood defences, prevention and the grim process of cleaning up. Giving vulnerable or disadvantaged people the opportunity to have their say, and finding an inclusive way to capture their comments, is a challenge.

In the meantime, communities deal with the immediate problems, working together and supporting each other. The community strength and togetherness generated by a crisis is very valuable, but can it also be harnessed for long-term planning for future events?

We could learn from the Dutch method of involving communities in decisions about dealing with coastal flooding. These ‘guided conversations’, where everyone listens as much as they talk, gives those affected a voice and the opportunity for vulnerable sections of society to get involved.

In the UK, we use the public consultation process to discuss planning decisions and design policy. We also have Local Resilience Forums (LRFs) – multi-agency partnerships made up of local representatives from the emergency services, local authorities, the NHS, the Environment Agency and others. They plan and prepare for localised incidents and catastrophic emergencies, working to identify potential risks and produce emergency plans, but they are not dedicated to dealing with flooding. Their remit is to respond to, rather than prevent, such emergencies.

This difference in approach is important: a new report from the Joseph Rowntree Foundation found evidence that vulnerable and disadvantaged groups in the UK are less able to be involved in designing and implementing flood policy decisions. Whose voice is heard and responded to matters, particularly when there are winners and losers as a result of a decision.

The report suggests that the design and consultation phase of a project should involve discussions with community organisations, schools, churches and marginalised or vulnerable groups rather than the usual public hearings.

Community-level communication, whether that be a forum where people can share experiences and learn from and support each other, or local schemes to disseminate flood warnings are vital to protect disadvantaged households. Schemes that show tangible local benefits are also more likely to encourage communities to take part.

We need a radical change in the way that communities are involved in decision-making for policy, moving away from public consultation to one that recognises community strengths and captures the voices of the vulnerable in a more collaborative planning process.

We also need to move beyond emergency response and build institutions and infrastructure to create enduring resilience across all social groups. This means engaging all parts of society when there is not a flood (a tough challenge) and improving communication between agencies and at-risk communities. It requires clearer definitions of roles, including supporting communities to help themselves.

The legacy of the 2014 floods must be more resilient, cohesive communities and agencies who understand local concerns and are prepared for the next deluge.