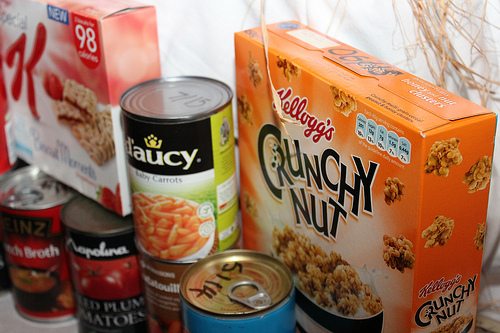 Impact of Climate Change on Food Production Could Cause over 500,000 Extra Deaths in 2050

Climate change could kill more than 500,000 adults in 2050 worldwide due to changes in diets and bodyweight from reduced crop productivity, according to new estimates from  the Oxford Martin Future of Food Programme. The research, published today in The Lancet, is the strongest evidence yet that climate change could have damaging consequences for food production and health worldwide.

The modelling study, led by Dr Marco Springmann from the Oxford Martin Programme on the Future of Food at the University of Oxford, is the first of its kind to assess the impact of climate change on diet composition and bodyweight. The study estimated the number of deaths these two factors will cause in 2050 in 155 countries.

The study reveals that, unless action is taken to reduce global emissions, climate change could cut the projected improvement in food availability by about a third by 2050, and lead to average per-person reductions in food availability of 3.2% (99 kcal per day), in fruit and vegetable intake of 4.0% (14.9g per day), and red meat consumption of 0.7% (0.5g per day).

“We found that in 2050, these changes could be responsible for around 529,000 extra deaths,” reveals Dr Springmann. “We looked at the health effects of changes in agricultural production that are likely to result from climate change and found that even modest reductions in the availability of food per person could lead to changes in the energy content and composition of diets, and these changes will have major consequences for health.”

The countries that are likely to be worst affected are low- and middle-income countries, predominantly those in the Western Pacific region (264,000 additional deaths) and Southeast Asia (164,000), with almost three-quarters of all climate-related deaths expected to occur in China (248,000) and India (136,000).

The model used by the researchers predicts that reductions in fruit and vegetable intake could lead to 534,000 climate-related deaths, far exceeding the health benefits of reductions in red meat consumption (29,000 deaths prevented).

The biggest impacts of changes in fruit and vegetable intake are likely to be felt across high-income countries (accounting for 58% of all changes in deaths), in low- and middle-income countries (LMIC) of the Western Pacific (74%), Europe (60%), and the Eastern Mediterranean (42%). Southeast Asia and Africa top the list for underweight related-deaths in adults, accounting for 47% and 49% of all changes in deaths in 2050 respectively.

The authors say that cutting emissions could have substantial health benefits, reducing the number of climate-related deaths by 29–71% depending on the strength of the interventions. For example, in a medium emission scenario (increases in global average surface air temp of 1.3-1.4°C in 2046–65 compared to 1986–2005), the numbers of diet- and weight-related deaths could be reduced by about a third (30%) compared with the worst-case, high-emission scenario.

According to Dr Springmann, “Climate change is likely to have a substantial negative impact on future mortality, even under optimistic scenarios. Adaptation efforts need to be scaled up rapidly. Public-health programmes aimed at preventing and treating diet and weight-related risk factors, such as increasing fruit and vegetable intake, must be strengthened as a matter of priority to help mitigate climate-related health effects.”

Commenting on the implications of the study, Dr Alistair Woodward from the University of Auckland in New Zealand and Professor John Porter from the University of Copenhagen in Denmark write, “Restriction of our view of the consequences of climate change to what might happen in the next 30–40 years is understandable in terms of conventional concerns with data quality and model stability, but might underestimate the size of future risks, and therefore undervalue present actions needed to mitigate and adapt.” They conclude that “Springmann and colleagues have moved the climate and food debate in a necessary direction by highlighting both food and nutritional security, but a mountain of policy-relevant questions remain that require close scrutiny.”