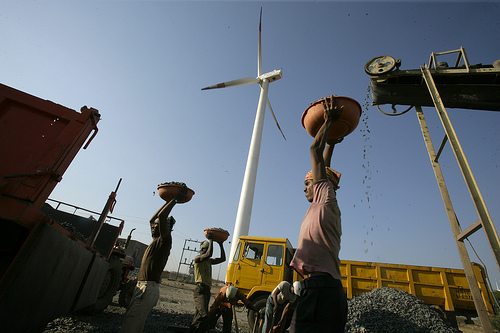 The Indian government has been criticised for auctioning off new land for coal mining.

According to The Hindu, Greenpeace India said that the 14 new coal blocks will destroy some 4,200 hectares of forest.

It is reported that at least eight of them are in dense forest areas and may endanger 17 tribal villages as well as elephants, tigers and leopards.

The report said that these auctions come at a time when the country’s environment ministry is still deciding the criteria for “inviolate” forest areas to decide which areas must be kept out of bounds for coal mining.

Speaking to the Times of India, Nandikesh Sivalingam, forest campaigner of Greenpeace India, said, “These allocations are being made before any informed decision is taken on whether it is acceptable for a coal mine to come up at the cost of environment and livelihood of villagers dependent on the forests.”

A recent report by the US Energy Information Administration (EIA) said that coal is India’s primary source of energy. It has the fifth largest coal reserves in the world, but producers failed to meet production targets in 2012. Because of this, India’s coal imports have increased by more than 13% every year since 2001.

The report places India as the fourth largest energy consumer in the world. Its economy has grown annually by around 7% since 2000. Much of the country still suffers from rolling blackouts.

However it has been claimed that the renewable and biomass resources of India can replace the need for fossil fuels if used productively.

The National Action Plan on Climate Change says, “India is a tropical country, where sunshine is available for longer hours per day and in great intensity.

“Solar energy, therefore, has great potential as future energy source. It also has the advantage of permitting the decentralised distribution of energy, thereby empowering people at the grassroots level.”