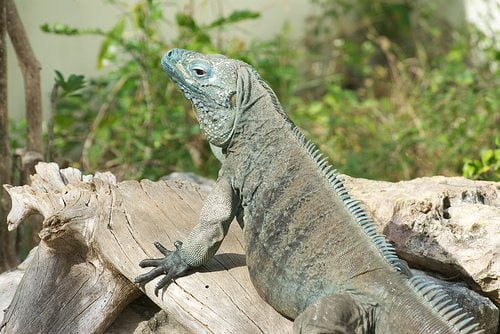 Research on wildlife in 11 British overseas territories has highlighted the urgent need for protection of some endangered species, which are threatened by climate change, mass tourism and habitat loss.

The report, led by the Royal Society for the Protection of Birds (RSPB) and funded by the Foreign and Commonwealth Office, said that 94% of unique British species live in overseas territories, with more than 1,500 species found nowhere else on Earth.

Some of these include the Virgin Islands’ dwarf gecko, the flightless moth found on Tristan da Cunha and the Grand Cayman’s large blue iguana.

Tim Stowe, RSPB’s international director, said, “Not only are the UK’s overseas territories wildlife jewels, but also they hold some of most globally important UK wildlife.

“This report reminds us that these species are solely the UK’s responsibility, and we need to ensure that the investment in conservation in the territories rises to a level that is proportionate to their world importance.”

However, climate change, the invasion of non-native species and tourism development are putting enormous pressure on these species, many of which are critically endangered.

For many others, it is impossible to assess their conservation status, and for this reason, conservationists have urged the government to outline plans to find out the status of all species.

Writing in a foreword to the report, minister for the overseas territories Mark Simmonds said, “Some of the species and habitats present on the UK’s overseas territories are found nowhere else on Earth. This government is proud of such rich and unique natural heritage and recognises that many of these environmental assets would be irreplaceable if lost.”

Earlier this year, the government faced criticism for its lack of adequate measures to preserve biodiversity outside the British Isles.