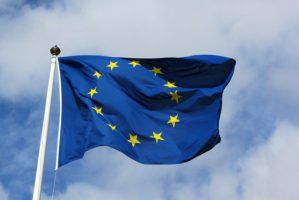 However, according to CAN Europe the lacklustre compromises reached between the major political groups have done little to repair the broken scheme or align Europe’s emissions trajectory with the global temperature goals it committed to under the Paris Agreement.

The industry committee refused to speed up annual emission reductions via the so-called Linear Reduction Factor or to align the starting level of the new carbon budget with actual emissions. The ITRE committee furthermore missed an opportunity to cancel a substantial amount of the surplus pollution permits that would flood the ETS after 2020. All these measures are vital in order to drive a shift away from fossil fuels to more energy efficiency and renewables.

Turning a blind eye to the need to scale up emission cuts is simply careless when the effects of climate change are becoming increasingly dire.

The committee did agree to cancel 300 million allowances from the Market Stability Reserve (MSR), which temporarily stores surplus carbon permits. But with the MSR set to contain billions of allowances by 2020, the measure is far too small to meaningfully impact the carbon price or make polluting industries pay for the harm they cause to the climate. Nevertheless, it sets a precedent for further negotiations on the ETS reform, as it is the first time that members of the ITRE committee agreed to permanently cancel pollution permits because of the gigantic surplus that has built up.

“The industry committee closed its eyes to the problem that the carbon market is failing and needs to be substantially improved well beyond what the Commission has proposed last year. Turning a blind eye to the need to scale up emission cuts is simply careless when the effects of climate change are becoming increasingly dire. The industry committee kicked the can down the road to the environment committee to make the ETS truly fit for purpose and turn it into a strong tool that helps the EU deliver emission cuts in line with the Paris Agreement.”

According to CAN Europe, the adopted position shows that most MEPs in the ITRE committee are out of touch with concerns of EU citizens. Over the course of only one week, over 55 000 people signed a petition launched by the CAN Europe network to urge Members of the European Parliament to vote for an ambitious reform of Europe’s climate policies.