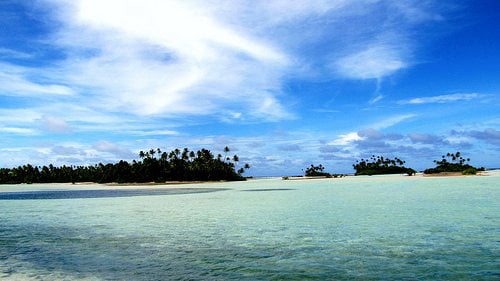 A Pacific islander is appealing against the New Zealand High Court’s decision to deny him the asylum he claimed because of the threat posed by rising sea levels in his home country.

Ioane Teitiota, 37, from the island of Kiribati, has tried to claim the status of climate refugee in New Zealand because he said there is “no future” in his country for him and his family.

The High Court in Auckland has refused him asylum because of some unsatisfied criteria such as the fear of persecution, but the man has appealed the order. The court’s decision is due in the coming weeks.

In relation to the refusal, the Immigration and Protection Tribunal explained, “The sad reality is that the environmental degradation caused by both slow and sudden-onset natural disasters is one which is faced by the Kiribati population generally.”

Teitiota – who arrived in New Zealand in 2007 – said he does not want to go back to Kiribati now that his visa has expired, because it would be unsafe for him and his three children.

His lawyer said that the islander is being “persecuted passively by the circumstances in which he’s living, which the Kiribati government has no ability to ameliorate”.

In 2012, the Kiribati president started negotiations with neighbouring Fiji in order to buy land to grow food and rehome people displaced by rising water levels.

The Australian government pledged to help Pacific nations address challenges posed by climate change, whose effects on sea levels is threatening the life of communities living in the Pacific.

However, the Marshall Islands’ president said in September that countries such as US, China and EU member states should do more to tackle climate change because they are chiefly responsible for causing it.