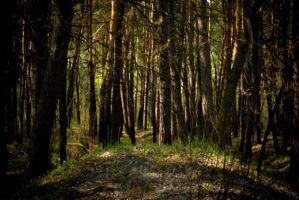 Latin American indigenous and community leaders call on governors at climate meeting to partner with forest peoples to protect forests.

GUADALAJARA – With the fate of the vast forests their peoples call home threatened by the combined blows of climate change and large-scale development, Latin American indigenous leaders today warned governors meeting here this week that unless forest communities are drawn into the conservation process, efforts to address climate change will falter.

Speaking outside a conference of the Governors Climate and Forests Task Force (GCF), a collaboration between the governments of 29 states and provinces on four continents to address the impact of carbon emissions and deforestation on the planet’s largest tropical forests, the indigenous leaders said proposals for such collaboration are noticeably lacking from the agenda of the conference held by the governors.

The message came out of a panel discussion held in Guadalajara this week by high level indigenous leaders in advance of the GCF:

The tropical forests of the world are in danger. Science has shown that the inhabitants of tropical forests, we who have lived on these lands and kept them safe for millennium, outperform all other forest managers, when our rights are strengthened and guaranteed.

In a declaration released today in Guadalajara, the indigenous leaders called on the governors to adhere to the principles contained in International Work Organisation Article 169 as well as the Declaration of the Rights of Indigenous Peoples.

By establishing a direct relationship with the guardians who protect their forests, the governors can ensure their conservation strategies will actually work – now and in the future

“All initiatives, actions, projects and programs led by the GCF that concern indigenous peoples and traditional communities must have the participation and direct involvement of local communities through a process of free, prior and informed consent,” the statement notes.

“By establishing a direct relationship with the guardians who protect their forests, the governors can ensure their conservation strategies will actually work – now and in the future,” said Cándido Mezua, Secretary for International relations of the MesoAmerican Alliance of Peoples and Forests (AMPB). “They must listen to us, because we are the ones who are putting our lives on the line to protect tropical forests in Mesoamerica, the Amazon and other regions of the world.”

That message is amply backed by science. Since 2014, when a major joint report published by the World Resources Institute and the Rights and Resources Initiative found that legal recognition of community forest rights in 14 nations with large tropical forests led to reductions in carbon emissions, the research has piled up. http://www.wri.org/our-work/project/securing-rights

In Brazil alone, the WRI/RRI report found that strengthening the land rights of forest communities could help prevent the projected deforestation of 27.2 million hectares of land by 2050. That much forest staves off an estimated 12 billion tons in carbon dioxide emissions; the same amount emitted every three years in all of Latin America and the Caribbean.

A 2015 analysis, commissioned by indigenous organizations from Latin America, Africa and Indonesia, and carried out by the Woods Hole Research Center and the Environmental Defense Fund (EDF), found that indigenous lands hold more than 20 percent of the carbon stored in the world’s tropical forests. http://whrc.org/analysis-released-today-reveals-that-indigenous-lands-hold-more-than-20-of-worlds-tropical-forest-carbon/

The researchers illustrated the findings using a map of the tropical forest regions as an infographic to show that when governments improved and enforced forest rights, communities were more successful in preventing loggers, mining companies and settlers from illegally destroying forests and increasing greenhouse gas emissions.

But although indigenous communities practicing traditional ways of life have a much lower impact on tropical forests than Westernized cultures, their ability to prevent illegal development and protect their territories from high-impact uses is often limited by a lack of legal and financial support, including a lack of title to their lands.

More than nine percent of tropical forests in the Amazon Basin, Mesoamerica, the Democratic Republic of the Congo and Indonesia are considered highly threatened because they are in indigenous territories that lack legal recognition, the analysis found.

Nowhere are indigenous land rights and efforts to stave off deforestation and climate change more intertwined than in the states and provinces from Brazil, Indonesia, Ivory Coast, Mexico, Nigeria, Peru, Spain, and the United States, many of which are represented at the GCF.

More than 25% of the world’s tropical forests are in GCF states and provinces, including more than 75% of Brazil’s and more than half of Indonesia’s.

The GCF was conceived to make its member states and provinces early movers in building robust jurisdictional programs for low emissions development. But, in practice, the governors have been slow to reach out to their own indigenous communities for help.

In their declaration, the indigenous leaders called on the GCF to, “respect the social and environmental safeguards recommended by the Amazon Working Group, the Coordinator of Organizations of the Amazon River Basin (COICA), and other civil society organizations representing indigenous peoples and traditional communities.

“Among these principles are: a) compliance with the law, b) recognition and guarantee of rights, c) distribution of benefits, d) economic sustainability, improved quality of life and reduction of poverty, e) conservation and environmental restoration, f) participation, g) monitoring and transparency, and h) governance.”

The indigenous leaders noted as well that industrial interests around the world, driven by rising consumer demand for timber, palm oil and minerals, are pushing deeper than ever before onto indigenous lands, and killings of activists seeking to protect native lands from destructive industries are on the rise.

In the wake of the murder of environmental leader Berta Caceres early this year, the watchdog group Global Witness documented 185 similar killings across 16 countries in 2015, the highest annual death toll of environmental activists on record. https://www.globalwitness.org/en/reports/dangerous-ground/

Participants in the panel included leaders from the Mesoamerican Alliance of Peoples and Forests (AMPB) www.alianzamesoamericana.org; the Coordinator of Organizations of the Amazon Basin (COICA) http://coica.org.ec, and, from the Democratic Republic of the Congo, the Indigenous Peoples and Local Network for the Sustainable Management of Forest Ecosystems (REPALEF).