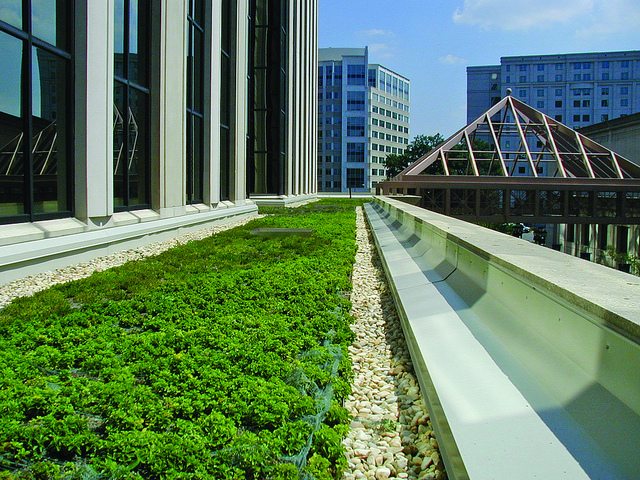 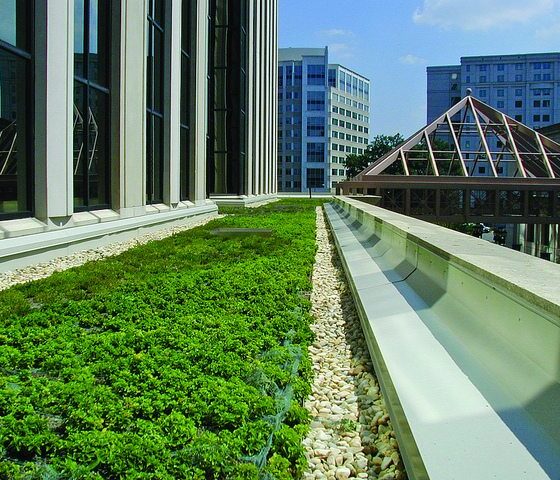 New research has illustrated the benefits of living roofs – roofs covered in living, growing plants – including improved resilience to the impacts of climate change.

In a study due to be presented to architects on Thursday at the International Conference on Building Envelope Systems and Technologies (ICBEST) in Aachen, Germany, researchers analysed the effects of vegetated roof installations.

Green roofs – as they are also known – are often used to mitigate the effects of heat, flooding, noise and to control stormwater runoff. They can turn water into water vapour, reducing runoff and flow rates and preventing sewers from overflowing, while cooling temperatures as a side effect.

“With growing numbers of people moving into cities, it is crucial to give architects and builders tools to make good decisions about green roofs,” said Elizabeth Grant, assistant professor of architecture and design at Virginia Tech.

“These systems are on the rise not just because they represent a link to the natural world that is scarce in the city, but because they work. Extremes of temperature and rainfall are becoming unpredictable as climates change, and vegetated roofs help us build resilience in a rapidly changing world.”

To try and quantify this, the research team built a variety of test roofs in a facility in Virginia, and monitored how they dealt with 74 rainfall events.

They found that the deeper the vegetation, the better the roofs controlled stormwater runoff. Overall, green roofs retained about 50% of the stormwater, compared with about 6% for the conventional, flat roofs.

“Our research should give architects and designers justification that they are helping the environment by incorporating green roofs in their plans,” Grant said.

“We are bridging the gap between science and design.”