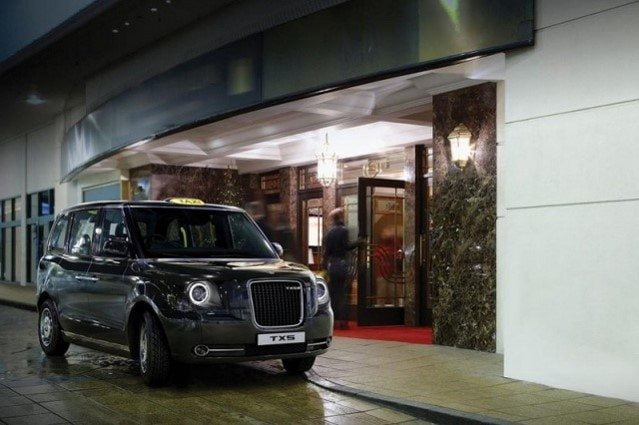 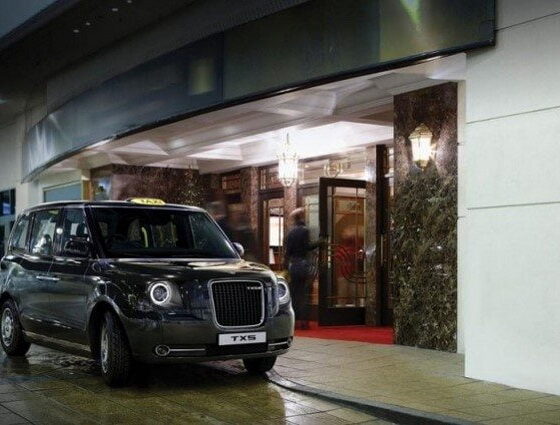 It’s always a sad day when an icon is put out to pasture. However, with new government legislation coming in force in 2018 stating that all taxis and private hire vehicles need to be zero-emission capable, it’s no surprise that our diesel-powered black cabs will soon be a thing of the past. With London’s iconic black cabs set to be phased out in 2017, it’s good to know that the prototype replacement is staying is pretty true to its roots.

The new hybrid TX5 was unveiled during Chinese President Xi Jinping’s visit to the UK as part of an event to promote Britain’s creative industries. If a new taxi seems like an odd thing to reveal to a foreign dignitary during his state visit to the UK, it’s because The London Taxi Company (LTC) producing the hybrid vehicle is actually owned by the Chinese car manufacturer Geely. Despite Chinese ownership, this bigger, better, battery-powered black cab was designed in Barcelona by a team of British designers. Geely plan on building these new cabs at a £300 million production plant just outside Coventry, creating an extra 1,000 jobs in the UK. Once they cabs have rolled out in the UK, the plant will begin manufacturing extra models for the international market.

So what does the new hybrid cab bring to the table, other than simply looking the part? Unlike the diesel powered cabs we’re used to in London, the TX5 runs on a battery which is recharged by a four cylinder petrol engine once it starts running low. Not only is this already far more environmentally friendly, but considering the cab features a lightweight aluminium shell, it runs on less fuel than it would normally anyway. On top of this, the new hybrid black cab comes with a variety of new features. It seats up to six people, up one from the current five; it comes with a panoramic glass roof, which is a first for the black cab, allowing customers to watch the rain in style; and it comes with WiFi capability and phone charging points for both the driver and the passengers.

So it seems that the TX5 really is bringing a fair amount to the table then. Its creators, Pete Horbury and David Ancona, were both former chief designers at Volvo, and are proud to say that the cab captures the spirit of past generations of black cabs.

“We were acutely aware of the huge responsibility that comes with introducing a new generation of design for what is already an instantly recognisable and iconic vehicle,” Horbury said in a statement. “We wanted to retain those aspects that make the London taxi what it is and what it stands for, while ensuring that the new design reflects everything that a 21st-century vehicle needs to be.

“We have sought to build on existing features such as the headlights, grille and strong roof lines,” Horbury added. “But we have also made sure that the new vehicle significantly builds on space and comfort levels for both passengers and drivers.”

If you’re excited about riding in one of these new taxis, London Mayor Boris Johnson and TfL have secured £65m in funding to help taxi drivers achieve the target of 9,000 low emission taxis by 2020.