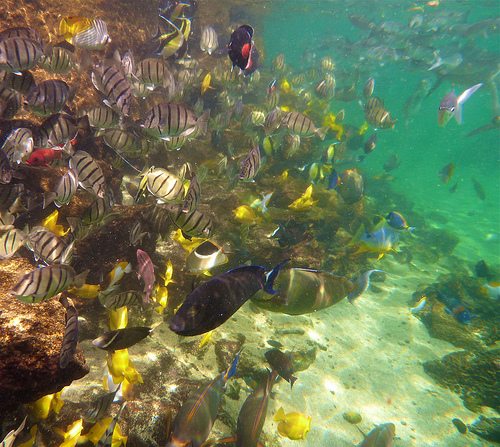 Global warming is causing changes in the behaviour of marine species, and forcing many creatures to move north in search of cooler waters, says new research.

Published in the journal Nature Climate Change, the study claims that warming oceans are causing marine species to alter their breeding times and move quicker than expected.

Researchers investigated the movements of 857 different marine species or groups from around the world. They found that creatures including fish, shellfish, crustaceans and plankton are moving to new habitats at an average rate of 72 kilometres per decade. Most species are heading towards the poles, in search of cooler waters.

The study adds that sea creatures are now beginning their seasonal breeding cycles at an average of 4.4 days earlier, in response to warmer waters.

Prof John Pandolfi of the ARC Centre of Excellence for Coral Reef Studies, a co-author of the study, said, “The results were quite a shock.

“We found that changes in sea life attributable to a one degree increase in the Earth’s overall temperature appear much greater than those seen in life on land so far.”

Meanwhile, Dr Pippa Moore, lecturer in aquatic biology at Aberystwyth University and another co-author of the study, said, “These results highlight the urgent need for governments around the globe to develop adaptive management plans to ensure the continued sustainability of the world’s oceans and the goods and services they provide to human society.”