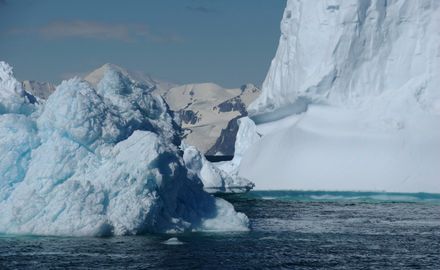 The Antarctic ice sheets could be melting at a faster pace than previously thought, potentially leading to faster rising sea levels and posing a risk to coastal megacities, such as New York and Shanghai, according to a new study.

The study, led by the Potsdam Institute for Climate Impact Research, has been published by the online journal Earth System Dynamics. The research combines a whole set of state-of-the-art climate models and observational data with various ice models.

Currently Antarctica contributes less than 10% towards global sea level rise, but the marine ice sheets in the west of the region have the potential to elevate sea levels by many metres over several centuries. Even if the world limits global warming to the internationally agreed threshold of 2C above pre-industrial levels, Antarctica could still increase sea levels by 23cm.

The lead author of the study, Anders Levermann, said, “If greenhouse gases continue to rise as before, ice discharge from Antarctica could raise the global ocean by an additional 1 to 37 centimetres in this century already.

“Now this is a big range – which is exactly why we call it a risk: science needs to be clear about the uncertainty, so that decision makers at the coast and in coastal megacities like Shanghai or New York can consider the potential implications in their planning processes.”

Previous studies and models have suggested that the impacts of the melting Antarctic ice shelves would take several decades to be felt. However, by pulling all the evidence together the researchers suggest warming in the area could have an effect much sooner and should be addressed by policymakers.

Robert Bindschadler, from the NASA Goddard Space Flight Centre and co-author of the study, said, “Rising sea level is widely regarded as a current and ongoing result of climate change that directly affects hundreds of millions of coastal dwellers around the world and indirectly affects billions more that share its financial costs.”

A separate study, published last year, estimated that around 1,700 cities in the US, including New York and Miami, would face a “watery future” by the end of the century because of sea levels rising.

Important cultural sites are also at risk of going under water, as one recent study revealed that 136 out of 270 world heritage sites including the Tower of London and the Statue of Liberty, could be lost in the long-term.